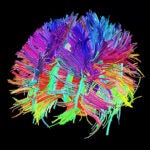 For decades, scientists have recognized the upright posture exhibited by chimpanzees, gorillas, and humans as a key feature separating the “great apes” from other primates, but a host of questions about the evolution of that posture — particularly how and when it emerged — have long gone unanswered.

For more than a century, the belief was that the posture, known as the orthograde body plan, evolved only once, as part of a suite of features, including broad torsos and mobile forelimbs, in an early ancestor of modern apes.

But a fossilized hipbone of an ape called Sivapithecus is challenging that belief.

The bone, about 6 inches long, is described in a paper in the Proceedings of the National Academy of Sciences (PNAS) co-authored by Michèle Morgan, museum curator of osteology and paleoanthropology at Harvard’s Peabody Museum of Archaeology and Ethnology, and colleagues including Kristi Lewton, Erik Otárola-Castillo, John Barry, Jay Kelley, Lawrence Flynn, and David Pilbeam. The finding has raised a host of new questions about whether that upright body plan may have evolved multiple times.

“We always thought if we found this body part, that it would show some of the features we find in the living great apes,” Morgan said. “To find something like this was surprising.”

Where modern apes have large, broad chests, Sivapithecus is believed to have had a relatively narrow, monkey-like torso, but facial features that closely resemble modern orangutans. That mixture, showing some ape- and monkey-like features, has left researchers scratching their heads about the arrangement of the primate tree, and raises questions about how the stereotypically ape-like body plan evolved.

“Today, all the living great apes — gorillas, orangutans, chimps — have very broad torsos … and people had commonly thought that this torso shape was shared among all the great apes, meaning it must have evolved in a common ancestor,” Morgan said.

“We initially believed that Sivapithecus, with a narrow torso, was on the orangutan line, but if that is the case, then the great ape body shape would have had to evolve at least twice,” she added. “There are a lot of questions that this fossil raises, and we don’t have good answers for them yet. What we do know is that the evolution of the orthograde body plan in apes is not a simple story.”

What Sivapithecus may ultimately demonstrate, said Flynn, assistant director of the American School of Prehistoric Research at the Peabody Museum, is that evolution doesn’t occur in a straight line, but happens as a mosaic across many species.

“What this speaks to is a rich tree with a lot of branches,” Flynn said. “There are not just one or two branches that reach back into the Miocene (epoch). It’s a very rich and complex tree.

“I think we sometimes take the easy route of trying to understand these fossils based on creatures we find today,” Flynn said. “But what we’re finding out time and again is these 10- or 12- or 15-million-year-old creatures were their own entities. Today is not always a very good model for the past.”

To fully understand where Sivapithecus belongs in the evolutionary tree of apes, Flynn said, more fossils must be found, and additional research must be conducted.

“It’s a very easy thing for people to ask, why do we need to go find more fossils; don’t we already know everything? The answer is no,” he said. “We’re only just beginning to understand what we don’t know. And as we learn more, there are more interesting and exciting questions we can ask, and hopefully we can answer.”