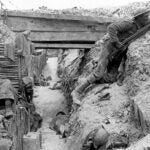 Dimensions of war, including peace

It’s a difficult exhibition to explore, but one that its organizers hope will promote a deeper understanding of America’s brutal history of slavery, segregation, and racism, and their legacy.

“Unmasking Jim Crow: Blackface Minstrelsy in American Popular Culture” is composed of items from the Harvard Theatre Collection in Houghton Library, which holds one of the world’s most extensive archives of minstrelsy materials. A selection of the library’s charged material, on view in three glass cases and two wall displays on the Loeb Music Library’s second floor, offers visitors a disturbing look at the racist history and enduring echoes of blackface minstrelsy in contemporary culture.

Through a range of photos, music scores, playbills, and other artifacts, the exhibition pulls back the curtain on the 19th century entertainment niche in which white performers darkened their faces with burnt cork and enacted generally demeaning caricatures of African-Americans in song, dance, comedy, and variety acts.

“To me, it’s really important for students, both graduate and undergraduate, to learn how to talk about racial issues, it’s one of the central aspects in a liberal education,” said Carol Oja, the Harvard Music Department chair whose seminar last semester, “Blackface Minstrelsy in 19th-Century America,” inspired the student-curated show. “A seminar and an exhibition like this give students an opportunity to learn how to do that.”

Included in the display is information on Thomas Dartmouth Rice, a white blackface performer and playwright known as “the father of American minstrelsy.” Rice’s stage caricature “Jim Crow” became both a racial slur and the phrase for describing the segregation laws that undercut African-Americans from the end of Reconstruction through the middle of the 20th century.

Other materials point to the long reach of minstrelsy in American popular culture. “Despite its degrading imagery and lyrics,” said Oja, “minstrelsy produced some of the most beloved tunes in the American Songbook.” Well-known melodies with minstrel roots such as “Oh! Susanna,” “Buffalo Gals,” and “My Old Kentucky Home” were printed in 19th- and 20th-century elementary school songbooks.

Other songs were adopted as state anthems. Virginia’s state song “Carry Me Back to Old Virginny” was only withdrawn in 1997 after complaints about its racist lyrics. Beloved entertainers such as the actor and singer Bing Crosby performed in blackface, and racist depictions of black protagonists endured in radio and television shows through the 1950s and beyond. Even the cartoon character Bugs Bunny was depicted in blackface.

The exhibition, which runs through May 8, illuminates yet another complex and complicated dimension of blackface minstrelsy: African-Americans who performed in blackface. Following Emancipation, minstrelsy provided African-American entertainers with one of their primary means of work, and many took to the minstrel stage to earn a living, including James A. Bland. Dubbed the “world’s greatest minstrel man,” Bland not only appeared in blackface, he also composed dozens of popular minstrel songs during the 1870s and ’80s. (It was Bland who composed “Carry Me Back to Old Virginny.”)

For many black performers, the appropriation of the form was a way to rebel against white suppression, said Louis Chude-Sokei, a professor of English and African Studies at the University of Washington and author of “The Last ‘Darky’: Bert Williams, Black-on-Black Minstrelsy, and the African Diaspora.”

“Blackface and its meanings and receptions by blacks in particular have not always been static,” Chude-Sokei said during a symposium to mark the opening of the show on Jan. 26. “These meanings have been active, but they’ve also been activist in multiple ways, not the least of which was that reversal at work in which blacks engaged in a form that was constructed to both mock and exclude them.”

Now Grammy-winning vocalist Rhiannon Giddens is reclaiming minstrel music by regularly incorporating the melodies and their history into her repertoire. The lead singer of the old-time string band the Carolina Chocolate Drops, Giddens and her group frequently perform music with minstrel origins. The singer took up the minstrel banjo in Loeb Music Library for the exhibition opening, at which her performance included a song that melded an old minstrel tune with original words, and an original, haunting composition based on a slave narrative.

“Being a performer and dealing with these things, it’s difficult, but it’s the most welcome challenge I think I’ve ever had as a musician, because the more that I dig into it, the more that I find echoes that exist today in the music and in what’s going on in contemporary” society, said Giddens.

“It’s time for this. It’s time for this music to come out again more and more, and I am glad we are having these conversations,” she added, praising scholars and musicians for bringing the history and the songs to wider audiences. “It does take everyone to get this information out there and to get the music and this part of history” to the public.

Chude-Sokei echoed those sentiments. “It’s important for the scholarly and musical world to work together on this,” he said, “because we have to find a way to make it accessible to people, not without the complicated racial and political content, but for them to feel willing to engage.”

Harvard graduate student Samuel Parler, who helped to conceive the seminar and exhibition, said it was a challenging but important project.

“I think a lot of people just don’t know about the history and how much of contemporary popular culture comes out of this racist past,” said Parler, a Ph.D. candidate in music. “To realize that these negative stereotypes and portrayals of African-Americans have worked historically to justify enslavement, segregation, racial violence … that’s a big part of my investment in the material and in this exhibition.”