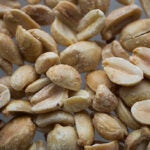 Research points to volcanoes as second culprit in dinosaur extinction

You want a smoking gun for dinosaur extinction? How about a smoking planet?

Growing evidence suggests that a comet or asteroid impact didn’t by itself end the dinosaurs’ reign, said planetary scientist Mark Richards in a talk at Harvard’s Geological Lecture Hall Tuesday. Instead, such an impact may have been the first blow in a cataclysm that included massive volcanic eruptions around the globe, including one of the largest in the planet’s history, which formed a region known today as the Deccan Traps.

The impact theory has been popularly accepted as the explanation for the end of dinosaurs’ dominance, and the idea has compelling evidence behind it. The massive impact occurred at about the time — 66 million years ago — when most dinosaur species died out. In the decades since the massive Chicxulub crater (more than 100 miles wide and 12 miles deep) was found on Mexico’s Yucatan Peninsula, geological evidence has further bolstered the theory.

But a couple of inconsistencies have kept it from being completely accepted by the scientific community, said Richards, a professor of earth and planetary science at the University of California, Berkeley, in a lecture sponsored by the Harvard Museum of Natural History.

First, mass extinction was nothing new when trouble began for the dinosaurs. Their near-disappearance — save modern birds’ ancestors — was just the latest of five major extinction events. The others for which evidence exists have been linked to massive volcanic eruptions.

In addition, there was a massive eruption in progress around the time of dinosaur extinction, near Mumbai in modern India.

That Deccan Traps eruption was no small thing. It lasted a million years, resulting in lava formations 6,000 feet thick covering an area of almost 200,000 square miles.

As the impact theory gained support in the 1980s and 1990s, there was some scientific interest in joining the two, Richards said, but even an impact as powerful as that at Chicxulub could not have melted the mantle and sparked the Deccan Traps eruption — and besides, the timing is off, as the eruption is thought to have begun well before the impact.

But on a family trip to the Yucatan in 2012, Richards had a sit-up-in-the-middle-of-the-night idea. What if the impact didn’t cause the eruption, but accelerated it?

The investigation by Richards and colleagues — including Berkeley scientist Walter Alvarez, who proposed the impact theory in the 1980s — is ongoing. But evidence so far has supported the idea that a much smaller eruption underway near Mumbai — fed by an existing, underground sea of magma — was greatly accelerated when an asteroid or comet slammed into the Yucatan.

“Our idea is this extraordinary lava flow was triggered by this event,” Richards said.

Such a blow would have caused planet-wide effects equivalent to a magnitude 9 quake, intensifying volcanic activity around the globe, Richards said. The effect on the Deccan Traps would have been cataclysmic, essentially opening the faucet to an underground sea of magma 620 miles wide and 30 to 60 miles deep. Evidence of a rapid increase in the eruption has been found at the end of a 930-mile flow into the Bay of Bengal, which has been dated to about the time of the Chicxulub impact, Richards said.

“Effectively, someone turned on the hose from the mantle very, very quickly,” Richards said.

In addition to the immediate destruction caused by the lava, the release of sulfur dioxides into the atmosphere would have had similar effects to those of large eruptions today, reflecting sunlight and causing a volcanic winter. This would have happened on top of the cooling due to the debris kicked up by the impact. After that, Richards said, the release of an enormous amount of carbon dioxide would have reversed the effect, causing long-term warming of the planet, much as human-induced climate change is believed to be doing now.

Researchers traveled to India last year to gather rock samples to further their analysis and are hoping to find previously drilled rock cores from which to gain more clues, Richards said.

“This is a very rich story with a long way to go and moving very fast now,” Richards said.