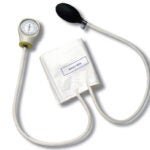 Last year was the worst for measles in the United States since the country was declared free of the disease in 2000. This year is not off to a promising start.

The measles outbreak that began in Disneyland in December has continued to spread, infecting 102 people in 14 states during January, according to the Centers for Disease Control and Prevention (CDC).

Why is an illness of our grandparents’ generation suddenly resurgent? Are we on the verge of a measles epidemic? Is the disease here to stay? To find out, the Gazette spoke with Dyann Wirth, the Richard Pearson Strong Professor of Infectious Diseases and chair of the Harvard T.H. Chan School of Public Health’s Department of Immunology and Infectious Diseases.

GAZETTE: The CDC’s most recent figure was 102 people infected with measles in 14 states. What’s going on? Isn’t measles something we used to worry about?

WIRTH: It’s one of the vaccine success stories. It used to be that children commonly got infectious diseases such as measles, and then recovered and had lifelong immunity. Since the 1960s, we’ve had an effective measles vaccine — a very good vaccine with long-lasting immunity — and, if vaccinated, the vast, vast majority of people develop lifelong immunity.

What’s going on is there are susceptible people who have not been vaccinated who have been exposed to measles, which is a highly contagious disease.

The current outbreak can be traced to a single individual in California visiting Disneyland. Although measles was eliminated in the United States, there are still countries in the world where measles exists, so importation of measles probably happens quite frequently. But if the individuals exposed are vaccinated, then you don’t have any infection.

GAZETTE: So in the past, folks who have had it and come to the U.S. have run into people who have been immunized so it hasn’t spread anywhere, whereas in this case they ran in to people who hadn’t been?

WIRTH: Yes, that’s right. There’s a concept of herd immunity: If the vast majority of people are vaccinated from a disease or immune from a disease, then even if a disease is introduced into the community it can’t spread because there’s a very low chance that the virus will enter a susceptible individual. But the more susceptible individuals in a population, the larger the chances an infected person will come in contact with a susceptible person, and that’s how the disease spreads.

And it’s highly contagious, so if you’re not immune, then you have a high likelihood that you’ll come down with the disease if you come into contact with it.

GAZETTE: Is it contagious through the air?

WIRTH: Right. There is aerosol transmission of measles. It can linger in a room after the sick person has left, and it has a long incubation period — seven to 21 days after exposure — in which sick people may not have symptoms, which can exacerbate its spread.

GAZETTE: How dangerous is it?

WIRTH: It can have serious complications. It makes people very sick. It’s a very unpleasant disease with a high fever and potential neurological problems that can have lifelong effects.

GAZETTE: Is it potentially deadly?

WIRTH: There is mortality due to measles. It’s not the same kind of mortality you see with Ebola. I would guess most people in this country over 55 or 60 had measles and there’s a very high survival rate, but there are complications that occur at a low frequency compared to something like Ebola, and fatalities at an even lower frequency.

GAZETTE: We’ve been hearing about the anti-vaccination movement. Is it your sense that this is essentially what this outbreak is from, or is there some other dynamic going on?

WIRTH: I think it would be inappropriate to attribute it to the anti-vaccination movement. But it’s important to realize that most people, including the parents of today’s young children, haven’t known anyone who’s had measles. So the threat seems removed and therefore the incentive to vaccinate against a disease that you’ve never experienced yourself and probably no one in your community has experienced is less.

And there were reports — although scientifically without support and eventually retracted — of an association of childhood vaccination with autism. This report has been refuted, retracted, and an Institute of Medicine study looking for any data to support that association came out with there being no basis. Yet this perception still exists and affects the decision of some people about whether they vaccinate their children. Vaccination, of course, is done before children themselves are able to make the decision. This is a decision of parents.

GAZETTE: It seems the anti-vaccination movement is made up of people who intentionally decide that they don’t want this for themselves and their children, but often failures of health care are related to poverty, lack of knowledge …

GAZETTE: Is there some of that going here as well?

WIRTH: In the U.S., measles childhood vaccination is required for enrollment into school. In most states, probably all states, it’s given free by the state public health service. By the time of school enrollment, vaccination is a requirement. You need a religious or philosophical exemption to have your unvaccinated child go to public school.

GAZETTE: Do you have a sense whether this outbreak is a blip, or is measles here in the U.S. to stay?

WIRTH: From what I understand, the vaccination rate is still very high, so I would anticipate that this is not going to continue.

Measles is contagious before the individual is symptomatic and therefore transmission can occur before an individual is recognized and quarantined. So the more unvaccinated and unquarantined people that come in contact with the virus, the more you will see this rise, but I don’t expect it to stay in most communities. If there is a situation where a significant proportion of an individual community is unvaccinated, as with the Amish in Ohio, you might see something similar to what was seen in 2014.

GAZETTE: When you see a spike within a community, does it — in a way — take care of itself because all those people are now immune?

WIRTH: All those people who survived are immune. When I was a child, I had chicken pox and measles and I’m now immune. Of course, in this day and age, getting immunity that way would cause an unnecessary amount of pain and suffering to your child, especially since we have effective vaccines.

GAZETTE: With regard to people who choose not to vaccinate their children, are we victims of our own success?

WIRTH: Where the threat of the disease is so low that people no longer remember anyone having it, if they think there’s any risk of other complications, you can imagine someone making that decision.

So diseases that have largely disappeared — diphtheria, with very high long-term morbidity and mortality; whooping cough [pertussis], with very dramatic pathology — are also diseases where people don’t get vaccinated.

As someone who spends my life trying to develop cures for diseases for which there are no vaccines and, in many cases, no effective drugs, I find this incredibly frustrating. Here you have a safe, effective, inexpensive, readily usable, life-saving tool that gives you lifelong protection and people choose not to use it. I find it mind-boggling, but it’s very clear that that is what’s going on.

GAZETTE: What is the one thing that the public should know about this?

WIRTH: This is a very contagious and potentially dangerous disease, and if you haven’t been vaccinated or you feel your immunity is waning, you should get vaccinated. That is how to prevent yourself and your children from getting measles.

If you contrast this to the situation with Ebola, no one is panicking that there’s measles in the United States. There’s not that same kind of fear, but there is a simple, cheap thing you can do to completely protect yourself. And yet, somehow, decisions are being made not to do this.

I think demonizing those who don’t vaccinate their children is going to drive them further away. They already have a distrust of the medical establishment. But somehow there needs to be some leadership at the community level. I’m not sure exactly how; maybe the families who’ve been exposed to measles should give testimony about how miserable it is.

I also think there’s a somewhat U.S.-centric view, but Disneyland and other places get visitors from all over the world. Other countries do not have the same level of control, don’t have universal vaccination as we do. So there’s risk, even if you don’t leave the borders of the United States.

And, according to the CDC, the vast number of people who get measles were unvaccinated. There is the occasional person who is vaccinated and doesn’t develop immunity because of a feature of their immune response, but that’s not something you can predict.