Shelter for the psyche 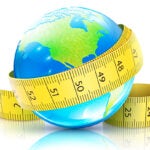 As this long, dark New England winter drags on, Harvard psychiatrist Jacqueline Olds has a reminder for a region now three weeks late for work and struggling with a bad bout of seasonal blues: Spring is coming.

She also has some advice. In an interview with the Gazette, Olds, an expert on seasonal affective disorder (SAD) and co-founder of a startup that makes devices for tracking personal exposure to bright light, prescribed doses of sun and socializing to dispel the psychological dumps of a brutal February.

GAZETTE: What normally goes on at this time of year that affects mental and emotional states and how might that be different this year, given the huge amount of snow and inconvenience we’ve all been going through?

OLDS: Usually in darker climes — and we’re not really such a dark clime here in Massachusetts, but if you put together the storms, the cold, and the occasional run of five days of darkness — you have a situation where the brain feels like it’s jet-lagged. People don’t get the bright-light cues they’d normally get from going outdoors that set their circadian rhythm.

When your circadian rhythm is out of whack, you feel sluggish, like you wish you were hibernating. In fact, the depression that comes in the darker seasons can be compared with hibernation: People want to sleep more, they want to eat more, they become less likely to take good care of themselves, they become less likely to socialize, and do all of the things that would make them feel better.

GAZETTE: Is this a normal part of getting through the winter, or does it only occur in a certain portion of the population?

OLDS: Real seasonal affective disorder syndrome affects only part of the population, probably about 25 million Americans. There’s a much larger portion of the population that gets winter blues. It is probable that everybody gets a minor version of it when there is a run of dark days.

GAZETTE: And what is the difference?

OLDS: There would be symptoms that look like clinical depression in seasonal affective disorder. People tend to sleep more or they might have appetite symptoms in which they overeat. They might feel hopeless or discouraged, have a lack of energy, and a lack of crisp cognitive functioning.

‘People are a little too hard on themselves and on the T and on the world for somehow not having life as usual when, every now and then, Mother Nature shows her teeth.’

OLDS: Winter blues is a much milder version of all of the above, subclinical, we might say.

GAZETTE: Would you expect to see more in this recent stretch of extraordinary weather? What are things we’ve been going through that might exacerbate it?

Also, it’s discouraging if people are used to going out and walking the dogs for 15 minutes in the morning, which might give them their outdoor “bright light” time, but the streets aren’t shoveled or they don’t want to be outside because they’re freezing. There are just all these factors that accumulate and keep happening. People try to make a plan — they know maybe they should see somebody and not be alone for too long — but it doesn’t quite work out due to logistics wrecked by the snow. And so there’s a kind of a hopeless feeling of, “I know what might be better for me, but I can’t do it.”

GAZETTE: Is anxiety part of the picture too? If you’re always late for work and you’re a person who prides yourself on getting to work, multiplied by all of our different commitments and places to be and to get to?

OLDS: I think that’s a very good point. People who are very conscientious feel like they’re always playing hooky, but not because they want to.

But there’s a second part to that. If people are a little socially isolated, through no fault of their own, they can get carried away in their own minds. Every worry gets amplified, every obsession turns into a major obsession rather than remaining a minor obsession. There aren’t the usual checks and balances that come from social interchange.

When you do get this bright light that we talk about, that we need and can be a treatment for seasonal affective disorder, the bright light kind of crisps up your thinking, makes you cognitively sharper so you’re not as likely to get carried away and make one associative leap after another.

GAZETTE: What are you seeing in your own practice and have you felt any of this yourself?

OLDS: I try to think of all the ways that I love the adventure of a great big snow. When my children were little, it was such an adventure because we could all go sledding rather than have our usual day. And I love having some time at home to cook or take care of things that, generally speaking, I would never have time to take care of. So I am always doing a little bit of self-talk to keep myself from getting discouraged.

But in my practice, I do see quite a lot of discouragement and a lot of people who feel like they can barely manage if it keeps going on, that it was OK for a week but that four or five weeks of it is intolerable. They have a sense that nothing will ever go right again, it will be this way until mid-May, they won’t be able to stand it, they’re getting discouraged and depressed.

And I keep saying it can’t possibly go on until mid-May. February is the worst. … But nobody is buying it.

GAZETTE: How can people manage, aside from external factors like the T running on time?

OLDS: I think we can all take a lesson from Russian literature. Russian literature describes how in the very dark of winter, there used to be a major social season much more frantic and constant than the rest of the year. People knew that if they didn’t see each other and plan things in the midwinter months they would get depressed. And so to some extent that frantic social season was an attempt to combat the dreary, miserable, cold, dark weather.

Now people may say, “I can’t possibly socialize: The T isn’t working and I can’t get anyplace and I could slip and fall.” But the truth is that people live in apartments and neighborhoods and often think to themselves, “I would love to connect with so-and-so next door but I don’t have time.” This would be the time to have a neighborhood potluck so you can see the people who live on your street. It is such a pleasure sometimes in a big snow to all be out there shoveling together and then have soup together that evening.

So I would counsel people to do two things: try to socially connect with people who are geographically close. And second, to go get some bright light or sit in a very sunny window in the morning so the light will set their circadian rhythm.

GAZETTE: Even though it is still February, the depths of winter, the days are starting to get longer. Spring — and baseball season — is around the corner. Are we in a “darkest before dawn” situation now?

OLDS: The days are getting longer and, for anybody who keeps track of that, it’s wonderful. We’re more than halfway through the worst part of winter, almost at the three-quarter point. By March, we New Englanders think of ourselves as almost at spring. There’s a lot of “almost” in April too, but there are nice days in April and then in May, it’s shockingly pleasant. So even though it seems like torture and it’ll never stop, the fact is it’s almost over.

GAZETTE: Do you have any parting words of advice?

OLDS: If you have a run of weeks where you do not go to work for one day a week — you get to take it easy and putter around the house and sleep late and go to bed early — don’t be too hard on yourself. It’s proof that we are part of nature. There’s no reason to assume — in fact it’s not true — that we should sleep the same way all year round, no matter what the sun is doing and the seasons are doing.

There needs to be a little acceptance of the fact that things aren’t normal when there’s a huge natural weather event that lasted five weeks. We don’t have to do everything just the way we always do. People are a little too hard on themselves and on the T and on the world for somehow not having life as usual when, every now and then, Mother Nature shows her teeth.