New director for Villa I Tatti 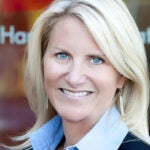 Alina Payne will take up new role in Florence this summer

Provost Alan M. Garber announced today that Harvard art and architecture history professor Alina Payne will become director of the Harvard University Center for Italian Renaissance Studies at Villa I Tatti in Florence, Italy. She will take up her new role this summer.

Payne succeeds Lino Pertile, the Carl A. Pescosolido Professor of Romance Languages and Literatures in the Faculty of Arts and Sciences and I Tatti’s seventh director, who has run the center since 2010. Under his leadership, opportunities for Harvard students at the undergraduate and graduate levels significantly expanded. In addition, new fellowships brought scholars to I Tatti from Argentina, Brazil, China, Cyprus, Greece, Iceland, Japan, Korea, Russia, Spain, and Turkey. In many of these countries, I Tatti also now sponsors conferences, supports teaching initiatives, and promotes translations of Italian Renaissance classics.

“For more than a half-century, I Tatti has been the beacon of scholarly inquiry into the pivotal historical era of the Renaissance,” Payne said. “I am honored to be given the opportunity to contribute to this tradition by supporting the work of the next generation of scholars, and I look forward to strengthening fruitful conversations between I Tatti and the Harvard community in the years to come.”

“Alina Payne’s work approaches the study of the Italian Renaissance from the perspective of multiple fields,” said Garber.  “She has a rich understanding of the history, art, and architecture of the Mediterranean of that pivotal period, as well as extensive, long-standing ties to Villa I Tatti. No one is better qualified to lead Villa I Tatti in the coming years. I am grateful to her for taking on this role.

“I also want to pay tribute to Lino Pertile and Anna Bensted for all they have accomplished over the last five years,” Garber added.  “A distinguished scholar of Dante, as director of Villa I Tatti Lino created new learning opportunities for Harvard students and extended the reach of the Renaissance studies center to Asia and other parts of the world. His efforts have given a great boost to Renaissance studies at Harvard and throughout the world, strengthening the foundation on which Alina will build.”

Payne is the Alexander P. Misheff Professor in the Department of History of Art and Architecture. She teaches and researches early modern and modern architecture in the context of European visual culture and intellectual history. Payne previously taught at Oberlin College and the University of Toronto and held visiting appointments at Villa I Tatti, the Kunsthistorisches/Max Planck Institute in Florence, the Hertziana/Max Planck Institute in Rome, École Pratique des Hautes Études in Paris, University of Rome II, and the University of Palermo, among others.

Among her many honors, Payne was awarded the Max Planck and Alexander von Humboldt Prize in the Humanities in 2006. In 2016 she will hold La Chaire du Louvre in Paris, where she will deliver a series of lectures concerning architecture and the exchanges between the arts.

Payne’s work is broadly interdisciplinary, trans-historical, and geographically wide-ranging. She is the author of several books, including the Hitchcock Prize-winning “The Architectural Treatise in the Italian Renaissance” (1999), “Rudolf Wittkower” (2011), “From Ornament to Object: Genealogies of Architectural Modernism” (2012), and “The Telescope and the Compass: Teofilo Gallaccini and the Dialogue Between Architecture and Science in the Age of Galileo” (2012).

Pertile said of the announcement, “I cannot imagine a more qualified scholar and a stronger supporter of Villa I Tatti. In addition to having an outstanding record of teaching and research in the field of Italian Renaissance studies, Professor Payne has a deep knowledge and experience of the center, where she has twice been a visiting professor and for many years a member of the I Tatti selection and executive committees.”

The Center for Italian Renaissance Studies was founded in 1961 at Villa I Tatti, the house and library of the art critic and connoisseur Bernard Berenson, Class of 1887. The center, with its numerous fellowships, is dedicated to advanced research in all aspects of the Italian Renaissance. It includes the Biblioteca Berenson, a research library with distinguished collections in art history, history, literature, and early music, as well as a notable collection of early Italian and Asian art, and an extensive photographic archive. Villa I Tatti is located outside urban Florence on 75 acres, employs a staff of 50, and is well known for its historic gardens and working farm.