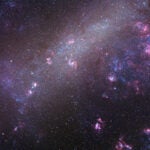 HLS grad talks about leap from Pixar to meditation-focused nonprofit

Several years ago, Harvard Law School graduate Lawrence Levy was at the top of his game. Following a successful law career in Silicon Valley, Levy was recruited by Steve Jobs to help lead the animation studio Pixar. As chief financial officer, he guided the company’s business strategy and IPO, and helped orchestrate its sale to Disney in 2006.

But while he loved his career, Levy felt the tug of something he first became interested in as a student at HLS: meditation.

In 2003, he co-founded the Juniper Foundation, a nonprofit devoted to bringing meditation to contemporary life; currently he’s working on opening a meditation center in San Francisco. In advance of his visit to campus this week, the Gazette spoke with Levy about his time at Pixar and his turn to meditation.

GAZETTE: Can you tell me about how you got interested in meditation?

LEVY: It started for me I suppose in some ways when I was in Cambridge in 1980. I was at Harvard Law School and even back then I was interested in meditation. I would be sitting in some of the bookstores looking at the various meditation books that were there at the time and wondering about it. And then … life took over. I had a career and a family and I didn’t have an opportunity to explore it very much, although the interest remained. And then I reached the point in my career around 12 years ago, I was about five years into my work at Pixar, and I decided to take a sabbatical because that path or that passion in my life was really strong and I wanted to explore it, and so that’s what I did. That’s when I really began to get into meditation, both studying and learning about it and practicing it as well.

GAZETTE: How would you say it’s changed your life?

LEVY: For me has been a very transformative practice. With meditation it’s not like lightning bolts go off or you suddenly see angels dancing on clouds or anything like that. I consider that it kind of works at a deeper level. Someone might put it like this — at the level of personality I remain the same person. I still enjoy the same things, I do the same things, all the same activities and endeavors, but underneath that there’s a deeper level of calm, a deeper level of awareness, a different, deeper way of being in life, and I enjoy the experience of that. That’s changed my life in really positive ways.

GAZETTE: What would you say to those who might question your choice to move your life in such a different direction when you were really at the top of your field as a successful lawyer and then the CFO of Pixar?

LEVY: It was a dramatic shift, but I guess I would say it like this: I loved my career, I loved my time as a lawyer, I loved my time as a business executive and I enjoyed everything that I was doing, but I sort of had this feeling inside of me that as good as it was there was a kind of one-dimensionality to it. I was around individuals who had had a lot of success in certain fields, especially being here in Silicon Valley, and I saw it was easy to get hooked on that success. It was easy for that work to define us as individuals and to not really get beyond it. And my passions aligned in this domain of meditation philosophy, Eastern philosophy, those kinds of topics, and I thought that there was something richer to be discovered in life there. And I wanted to do that sooner rather than later. That’s why I decided to do it. I am not sure I expected at the time that it would become what it did, that I would start a foundation to be more involved in that kind of work, but at the time, that was the impulse that drove me.

I would say that since then, I feel I have sort of affirmed that many times over. I think that that capacity to get caught up in work life and sort of [let that] define us can still be problematic.

GAZETTE: Looking back, do you think you would you have been a more effective executive with the benefit of meditation?

LEVY: This is a question I am asked a lot. In some ways, looking back, I applied a lot of the dimensions that I know now almost sort of naturally and automatically. So even as an executive I was able to prioritize what I would call the human dimension of life, the care and concern for others, considering the dignity of others. Attention to the bottom line, yes, but not at the expense of really thinking, worrying, and caring deeply about what was happening to all the people around me. So if I went back now, I think I would have even more tools to bring to that.

People often ask me, “Can you be a strong, hard-charging executive if you’re worried too much about other people’s feelings?” And my answer to that is always, absolutely you can. I am sure that it happens many, many times. You don’t have to be aloof, or uncaring, or uncompassionate to be a successful executive. But you can be a successful executive without those qualities. They both work. I think it’s more a question of how we want to live our lives as individuals, and the kinds of companies, organizations, or entities that we want to build.

GAZETTE: Do you miss corporate America?

LEVY: That’s a great question. I did at the beginning. One of the grooves in my life was the groove of being an executive and I was very used to that, and it took me a while to find a new groove. I would say I no longer do miss it. I feel very fortunate to be able to do the work that I am doing. I feel very fortunate to have learned and studied with my own teacher, Segyu Rinpoche, and to do the work that I am doing now at Juniper. So I am just on a different path now than I was before. But it doesn’t change my feeling about that. I still look back with great joy. It was a wonderful time. I am just doing something different now.

GAZETTE: Could you ever see yourself going back to it in some capacity?

LEVY: I maybe entertained that in the first couple of years. I think these life transitions take a little bit of time. It did for me, too. But basically, when we founded Juniper, the work that I’m doing now, that was in 2003, the five co-founders spent a month examining what the challenge was that we would have, trying to bring meditation into contemporary life. And we mapped the whole thing out and made a blueprint for what it was going to look like to do it, very Silicon Valley startup style. And we looked at that and thought, “Wow this is a huge task, this could take 500 years.” My teacher and co-founder Rinpoche said, “Perhaps not 500 years, maybe just 100 years. We just have to keep putting one foot in front of the other and do it.” And at that point I looked at it and I said, “You know what, this is an amazing opportunity to do work like this.” Perhaps I hadn’t seen myself doing it before, but this was something that I was passionate about and I said, “Let’s do it, let’s go for it.”

GAZETTE: I know at Juniper you prioritize, in part, the incorporation of science and modern education. Why are those two areas in particular so important?

LEVY: In the meditation tradition that we practice, which goes back to a 2,500-year-old Buddhist tradition … at the heart of it is their principle of critical thought: deconstructing dogma in order to find and penetrate deeper understanding of things. That gives us the license in a way to go back and examine old principles and critically think about whether they still apply or not. And if they do still apply, then that’s great and we can continue with them. But if they don’t, then we replace them with principles that do. So for example, today we have obviously unbelievable knowledge about the brain, about the mind; unbelievable products of science, of neuroscience that simply didn’t exist 2,000 years ago. And so it’s pretty clear to us from how we read those teachings, that those meditation masters back then wouldn’t have ignored all this, they would have loved it, because that notion of critical thought is one that, I think, they welcomed.

Another way to think of it is, we don’t see this practice or this tradition as being in the truth business. It’s not an ideology or a dogma; it’s a methodology. And as a methodology, that gives us that license to embrace new knowledge and I think we will always be continuing to do that.

GAZETTE: What would you say to people so busy with work and family and other commitments that they think even five or ten minutes a day for meditation is more than they have?

LEVY: I would say this: If you want to do any kind of inner work, any kind of inner self-reflection, examination, translation, we have to do something. The reason for that is because our minds are always on, and our minds our very habitual: We are constantly in motion in whatever our active thought and emotion are. It’s like trying to fix a car going 100 miles an hour down the highway. If you need to fix the car, you’ve got to find a way to get the car off the highway and stop to be able to fix it. We are like that in a way, because we are in motion all the time. We need to put a pause in that motion in order to have an opening for some sort of self-reflection or inner growth. And meditation is a great tool for that because it puts the pause in our lives. And when we do that other things will come in. And that pause works best when it’s regular, when it’s a habit. So we strongly encourage individuals to put in that five or ten minutes a day rather than an hour on the weekends or a meditation retreat once a year. That regularity, that habit of that practice, can be very fruitful for our lives.