Grasping a rung on the ladder 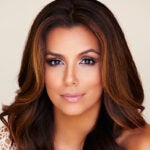 It was the Rev. Jonathan Walton’s first trip to the Mamelodi township, an area ravaged by AIDS, poverty, and crime just outside Pretoria, South Africa. But it won’t be his last.

“This was just the beginning of what plans to be an annual trip for me,” said Walton, Harvard’s Plummer Professor of Christian Morals and Pusey Minister in the Memorial Church. “Every time I go, I am committed to bringing somebody else with me because the positive effects of this program are so very tangible.”

During the January break, Walton joined seven Harvard undergraduates, along with students from several other New England colleges and the University of Pretoria, who led classes in math, English, science, study skills, community engagement, leadership, and entrepreneurship for primary and secondary school students. The team also helped the students prepare for the South African matriculation exam, the equivalent of the SAT.

Harvard sophomore Jasmin Salazar heard about the initiative through the group Harvard Christian Impact and Athletes in Action, a campus organization that has connected many Harvard students with the South Africa program through the years. Working with the students at the University of Pretoria and with young grade school students from the area last month, Salazar said she was struck by their common desire to give back. They see entrance to a university, Salazar said, “as something that is going to allow them to do something great for their community.”

The initiative grew out of McLeod’s work with a group of former Harvard students to help residents of the impoverished township who suffered from HIV/AIDS. Beginning in 2007, McLeod and a group of students traveled regularly to Mamelodi, working in AIDS clinics and orphanages. Then, an idea struck.

“We realized we had 25 students we could bring here between school semesters in January and June … [and] that there is one thing they can do better than almost anyone else in the world, and it just so happens to be what the kids in Mamelodi need most to escape the cycle of poverty and crime,” said McLeod. “[Our students] know how to pass an exam that gets them into some of the best colleges in the world.”

But long days in the classroom are only part of the program. There are also electives such as Bible study and sports and arts and workshops and activities. Walton, an avid basketball player who sat out much of 2013 with a torn Achilles tendon, was back in action for the American side last month, helping U.S. students compete with a formidable South African squad each day after school. The U.S. team held its own until the South African players called in a key reinforcement, a player for the national basketball team. “Things got kind of sticky when he showed up,” laughed Walton. But even the struggle to keep pace on the court with a ringer “was so much fun,” he said, and offered another chance to engage and connect.

“You spend pretty much every hour of the day together, and it just goes from education to recreation to cultural exchange.”

Salazar said the chance to share aspects of her faith and connect with South African students as well as with other students from Harvard was key. She said the work also reminded her that the education she receives at Harvard is preparing her “to go on and do something in the real world.”

Walton said the trip reminded him of the comment he made in a 2013 video about the breadth and depth of student religious life on Harvard’s campus. “I said that in many ways it was time for Harvard to catch up with spiritual vibrancy and commitment of the student body … that we as an institution were not aware of all the wonderful activities students were engaged in.”

Now that Walton is involved in the program, he said his mission is to make others aware of it and keep Harvard’s and the Memorial Church’s involvement in helping the students strong.

“There is an ancient proverb that says, ‘Give a man a fish and you feed him for a day. Teach a man to fish and you feed him for a lifetime.’ … This is an example of us being able to help the University of Pretoria students not just learn how to fish, but expanding the pool and the pond of opportunity. That’s what a liberal arts education, in so many ways, is also about.”

Walton’s trip with Harvard undergraduates to South Africa to work with the Mamelodi Initiative was funded by the Jenzabar Foundation.