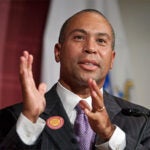 The National Academy of Engineering has elected Emery N. Brown to its ranks, putting him among the few who hold membership in the three major U.S. scientific academies.

Brown, the Warren Zapol Professor of Anaesthesia at Harvard Medical School (HMS) and Harvard-affiliated Massachusetts General Hospital (MGH) and the Edward Hood Taplin Professor of Medical Engineering and Computational Neuroscience at the Massachusetts Institute of Technology, was elected to the National Academy of Sciences in 2014 and the Institute of Medicine in 2007. His National Academy of Engineering appointment was announced this month.

Brown, who is also co-director of the Harvard-MIT Division of Health Sciences and Technology, is an anesthesiologist and statistician studying the neurophysiology of anesthesia and developing signal-processing algorithms to analyze neuroscience data. He received a bachelor’s degree from Harvard in 1978, a master’s in statistics in 1984, a Ph.D in statistics in 1988, and an M.D. from HMS in 1987.

Brown, who leads the Neuroscience Statistics Research Lab at MGH, said that key aspects of general anesthesia have changed little since its discovery. It is still commonly maintained by drugs derived from ether. The patient is in a physiologically stable state, yet unconscious, insensitive to pain, immobile, and wakes up with no memory of what occurred during surgery.

Now nearly 170 years since anesthesia’s first use, Brown’s neuroscience studies are giving a clear picture of how anesthetics produce altered states of arousal and sensation. The drugs maintain powerful oscillations in brain circuits that disrupt normal information transmission and communication. A better understanding of general anesthesia and the brain, he said, will help anesthesiologists more precisely monitor and control patients’ altered states, and actively hasten return to normal brain function rather than just waiting for anesthetic effects to wear off, as is the practice now.

There is also evidence that older brains don’t recover from anesthesia as well as younger ones, and there are questions about its impact on brain development in babies and toddlers who have to undergo repeated surgeries. Both ends of the age spectrum can be helped by a deeper understanding of how anesthetics work, he said, and by developing new monitoring and anesthetic approaches.

Brown is also working on understanding how the brain transmits and processes information in order to design new brain-controlled prosthetic devices and new treatments for neuropsychiatric disorders.

Brown said his election to three national academies reflects the interdisciplinary nature of his work. He began thinking about how to bridge the worlds of statistics and medicine as an undergraduate studying applied math. He entered Harvard’s M.D./Ph.D. program as the first to pursue a doctoral degree in statistics for the program’s Ph.D. portion.

“I trained as an interdisciplinary person. That’s why [my work] crosses different areas,” Brown said.

Brown is the first African-American to be named to all three academies, a data point in the current national discussion on academic achievements by African Americans. He received a congratulatory email out of the blue from a Nigerian student studying electrical engineering in Korea — an indication, Brown said, that our lives can have an impact that we don’t expect.

“It shows that these achievements are attainable by underrepresented groups as well,” Brown said.

As for the future, Brown said he has plenty of scientific questions to keep him busy.

“It is a very exciting time. I hope we can change the way people receive anesthesia care,” Brown said.