An opening for measles 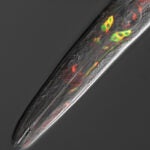 The numbers paint a telling picture. In the United States of the 1950s there were between 3 million and 4 million annual cases of measles, a highly infectious virus that causes severe flu-like symptoms and a spreading red rash. Roughly 48,000 of those infected each year were hospitalized, and 400 to 500 died.

By 2000, through an effective and widely used vaccine, measles was essentially eliminated in the United States.

But for the last several years, the Centers for Disease Control and Prevention has reported a significant uptick. Last year, the CDC recorded more than 644 cases from 27 states, the worst since 2000. Only two months into 2015 the United States is facing more than 150 cases reported across the country, many of them tied to a December outbreak at Disneyland in California.

The resurgence involves measles-stricken travelers and American parents who don’t vaccinate their children.

The recent California outbreak has reignited debates about balancing the public welfare while safeguarding civil liberties. A panel of experts convened at Harvard Law School on Wednesday to discuss the return of measles and explore the legal, ethical, and public health issues surrounding childhood vaccination. The event was sponsored by the School’s Petrie-Flom Center for Health Law Policy, Biotechnology, and Bioethics and moderated by Ahmed Ragab, the Richard T. Watson Assistant Professor of Science and Religion at Harvard Divinity School.

“There is a little bit of a reason to worry. We could see a resurgence of disease in part because there are many unprotected individuals mixed in our society,” said Dyann Wirth, the Richard Pearson Strong Professor of Infectious Diseases and chair of the Harvard T.H. Chan School of Public Health’s Department of Immunology and Infectious Diseases.

While most parents vaccinate their children, some choose not to, often on religious or philosophical grounds, or have to delay action for their child due to medical complications, such as chemotherapy. Some parents may lack access to the vaccines or adequate knowledge about them. Many objectors continue to cite a 20-year-old report linking vaccination to autism that has been proven fraudulent and retracted.

The legal approach to regulating vaccination is a difficult one, said George Annas, chair of the Department of Health Law, Bioethics and Human Rights at Boston University’s School of Public Health. States, not the federal government, decide how to deal with disease control within their borders. But “no virus respects state boundaries,” he pointed out.

State lawmakers could consider revoking the licenses of medical professionals who promote fraudulent research. But perhaps the best way forward, Annas said, would be to re-examine the process of allowing philosophical objections in certain states where parents can easily opt out of vaccinating their children. Some states, such as Florida, permit opt-outs with just a phone call from the parent with the child’s name, date of birth, and social-security number.

“You should at least have to talk to your doctor about it,” said Annas.

Requiring parents to write a letter explaining their personal objections and requiring that the letter be notarized is another strategy that might help improve vaccination numbers, said Nir Eyal, an associate professor of global health and social medicine at Harvard Medical School. Those stricter administrative measures could help improve education around vaccines, he said, citing work by Saad B. Omer, an associate professor of global health at Emory University. Omer’s view, said Eyal, is that stricter administrative processes “should make it difficult, so as to create lag time to allow for [a] really informed decision. Not as a stick, but rather to allow you to make a more autonomous decision.”

Another important layer in the debate involves drug approval. While many parents acknowledge that the science regarding the safety of vaccines is sound, said Ragab, they remain “suspicions about the Food and Drug Administration and the process through which particular drugs are being approved or not approved. This is not about the science, but whether the regulatory practices are actually trustworthy.”