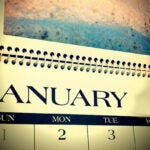 New insight on development in study of frogs

Chances are, you’d be hard-pressed to name something you have in common with a chicken. Would you believe that one answer is the head on your shoulders?

For more than a century, scientists have attempted to understand how the bones of the skull develop in vertebrate embryos. Most have concluded that a single developmental pattern — first described in chickens — applies to all vertebrates.

A new study conducted by Harvard researchers suggests that this may not be entirely true.

The study, published last month in Nature Communications, provides a detailed look at how frog and salamander skulls develop, and shows that the pattern for frogs is different than that of other vertebrates. The work could lead to a new understanding of how and why development may change during evolution.

The research was co-authored by James Hanken, a professor of biology, the Alexander Agassiz Professor of Zoology in the Museum of Comparative Zoology, and director of the Museum of Comparative Zoology; Nadine Piekarski, a former postdoctoral researcher in Hanken’s lab; and Joshua B. Gross, a former member of Hanken’s lab who is now a professor at the University of Cincinnati.

“People had naively assumed that the pattern of development is the same in all vertebrates,” Hanken said. “That may still be a pretty safe assumption for many species, but this paper shows that it’s not correct for all.”

To investigate how the skulls of frogs and salamanders form, Hanken and colleagues focused on a small group of embryonic cells — the neural crest — that give rise to a host of traits characteristic to vertebrates, from pigment cells to sensory neurons to skull bones.

Though researchers had known for at least a century that neural crest cells were responsible for the development of cartilage, it wasn’t until the 1970s that scientists, working with chickens, were able to create “fate maps” showing that certain neural crest cells also drove the formation of specific bones in the skull.

Though that work — and later studies that produced similar maps for mice — was significant, birds and mammals are relatively recent arrivals, in terms of evolution. To truly understand vertebrate development, Hanken and colleagues set out to determine whether amphibians, which evolved far earlier, follow a similar pattern.

“One question we wanted to ask in this study was, if neural crest cells contribute to the development of bone in frogs the way they contribute to bone in birds and mammals, where are those cells between embryogenesis and metamorphosis?” Hanken said. “In order to do that you have to come up with some means of labeling the cells, and it turns out that is a very difficult problem to address.”

The problem is particularly acute in frogs, Hanken said, due to their unusual development from egg to tadpole to adult frog. The tadpole skull consists entirely of cartilage; in some species it takes months for bone to develop.

As a result, traditional dye-based methods for tracking the migration of embryonic cells don’t work, because the dyes wash out in a matter of days.

Instead, Hanken’s team borrowed a technique from molecular biology, using a jellyfish gene that produces a fluorescent green protein to tag individual neural crest cells and follow their development.

“We used a very traditional embryological technique that involved grafting cells from a labeled embryo into an unlabeled host,” Hanken said. “We then let the embryos develop over eight months until the bones form, section the animal, and shine a fluorescent light on it under a microscope, and if you’re lucky you see specks of green in the bone.

“We had expected that for salamanders and frogs, since both are amphibians, that the developmental pattern in both would be the same. Wrong. It turns out that’s not the case.”

The finding suggests that while the developmental pattern that evolved early in terrestrial vertebrates has been retained in birds and mammals, “evolution can and has occurred in at least one particular, restricted lineage — frogs.”

Then there’s the evidence that the developmental pattern exhibited by salamanders has persisted, largely unchanged, in birds and mammals. That finding suggests that some bones in the skulls of chickens and other birds may have been mislabeled. Hanken, Piekarski, and Gross are now working on a follow-up paper that proposes renaming several bones in the skulls of birds to more accurately reflect their origins.

“There may be some people who would say, ‘Who cares?’” Hanken said. “Anatomists and paleontologists put a great deal of stock into identifying these bones correctly because they’re used in establishing relationships between species. So the fact that we’re proposing these changes will likely cause a stir.”

The work also holds potential for the study of birth defects.

“There are many birth defects in humans that involve the skull and are believed to be the result of neural crest cells migrating improperly, or failing to differentiate properly,” Hanken said. “There is a biomedical reason to understand precisely which bones come from which neural crest cells if you’re going to diagnose and ultimately figure out how to treat or prevent these diseases.”