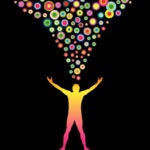 A breadth of learning

With a series of open houses scheduled for later this month, planners recently unveiled design concepts for the Richard A. and Susan F. Smith Campus Center that include new formal and informal gathering areas, a wide variety of eating options, flexible meeting or event spaces, fireplaces, landscaped gardens, and even a roof terrace. Public areas will be suffused with natural light, while the exterior plazas along Massachusetts Avenue and Mount Auburn Street will be reinvigorated.

“The new Smith Campus Center will embody the aspirations and values that we hold dear and seek to preserve. It will draw us together more closely, strengthening the sense of community at Harvard by encouraging spontaneous interactions among students, faculty, and staff, as well as members of the broader community,” said Harvard President Drew Faust. “While plans are not yet final, and we have more feedback to gather, we are all pleased with the project’s direction and progress.”

The concepts grew out of an extensive process of engaging students, faculty, and staff about their visions for the future of the building at the heart of Harvard’s campus, particularly as plans for Allston come to fruition. Community feedback was also garnered from public meetings regarding Harvard Square. Having already conducted more than 25 focus groups and with nearly 6,000 responses to a University-wide survey, the committee charged with programming the Smith Campus Center is developing a schedule of open houses in late January to introduce specific programmatic concepts and designs to the Harvard and Cambridge communities.

“One of our key design objectives was to ensure that the building engages the vibrancy of all of Harvard Square,” said Tanya Iatridis, senior director of University planning.

Based on the feedback planners have already received, the center — which already hosts Harvard’s housing, ID, and parking offices — will bring together additional service functions, including the FAS Registrar’s Office and ticketing services, to make them more accessible to the campus community. In response to student requests, new space may be included for student collaboration, including offices for both the undergraduate and graduate councils.

While the feedback process revealed a multitude of different views, nearly everyone agreed that not including the 10th floor — with its glorious views of Boston, the Charles River, and Harvard Yard — would be a wasted opportunity. Instead, new common spaces will be created to harness the vistas for University meetings, events, and social space. A highlight of the lower levels of the campus center will be a striking open-plan, multi-level, common space for relaxing, eating, and socializing, and it would be used for occasional large events and gatherings.

“The new Smith Campus Center will be a central meeting point — from Cambridge to Longwood to Allston, and from undergraduates to graduates to faculty, staff, and visitors. It will complement our current House system and only enhance the important social, educational, and cultural relationships and bonds that are such a part of life at Harvard,” said Meredith Weenick, vice president for campus services. “The building will be welcoming to all members of our community — faculty, staff, and students — with many different types of spaces that will allow for a variety of uses.”

Open houses for the Harvard community will be held on Monday (Jan. 26) from 4 to 6 p.m.; Tuesday (Jan. 27) from 11:30 a.m. to 2 p.m., and Friday (Jan. 30) from 11:30 a.m. to 2 p.m. Additional open houses for the Cambridge community will be scheduled for later this month. All open houses will be held on the second floor of the campus center, at the 1344 Massachusetts Ave. entrance along Forbes Plaza, above the Cambridge Trust Company bank.

While the plans have yet to be finalized, pending additional community feedback at the open houses and the securing of permits from public agencies, construction will affect current and future users over the coming four years. In particular, the ground-floor level of the center will be an active construction zone with a focus on renovating the arcade. Current retail tenants will likely be moving out by the end of this year. Based on public approvals, construction could begin in early 2016, with the new center opening in 2018. A majority of the building will remain open during construction, and many University tenants will remain in place throughout.

“We are deeply grateful to Richard A. and Susan F. Smith for the generous donation that is making this renovation possible. Their foresight and vision will shape the experiences of countless individuals, and we are eager to create a vibrant campus center that will be part of the campus of the next century,” said Faust.

The campus center project team has retained London-based Hopkins Architects, with Cambridge-based Bruner/Cott as executive architect and the Cambridge office of Michael Van Valkenburgh Associates as landscape architect to transform programmatic goals into a physical design.