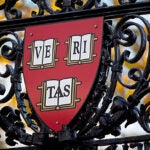 LaBrie, a former Cambridge resident, served in several capacities at Harvard, including as deputy director of the National Technical Center for Substance Abuse Needs Assessment at HMS, where he was also an instructor in the School’s Department of Psychiatry.

A native of Haverhill, Mass., LaBrie graduated from Lowell State teachers college. He taught at John Greenleaf Whittier Elementary School and later earned an Ed.D. from the Harvard Graduate School of Education.

LaBrie was the founder of LaBrie Associates, a medical research consulting firm, which in 1966 created the Drug Intake Management and Evaluation System, Inc. (DIMES). DIMES was a pioneering desktop program that enabled physicians to see potential adverse effects from prescription drug interactions. LaBrie ended his distinguished career as the associate director for data analysis at the Division on Addiction with the Cambridge Health Alliance.

In lieu of flowers, donations may be made in LaBrie’s name to the Division on Addiction, Cambridge Health Alliance, 101 Station Landing, Medford, MA 02155. A private memorial will be held later this month.