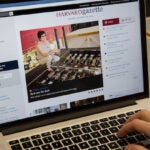 Paul A. Vatter, Harvard Business School’s (HBS) Lawrence E. Fouraker Professor of Business Administration Emeritus and a highly regarded statistician whose superb teaching skills and collegial manner helped thousands of M.B.A. students and executives understand — and even enjoy — the daunting subject matter of managerial economics, died on Jan. 4 in Belmont, Mass. He was 90 years old and had been suffering from Alzheimer’s disease for a decade.

Vatter joined the HBS faculty in 1958 and was named to the Fouraker professorship in 1984. He retired from the active faculty in 1995. Vatter combined his teaching talents with an outstanding record in administration. He was an assistant dean at HBS from 1958 to 1962 and chairman of the doctoral programs from 1967 to 1970. In addition, he was executive director of executive education and corporate relations from 1987 to 1988 and senior associate dean and director of institutional relations from 1988 to 1991.

A native of Boston, Paul August Vatter was born on Sept. 14, 1924, one of three children in his family. He became interested in statistics through his father, who was an actuary for the John Hancock Insurance Co. and a member of HBS’ first graduating class in 1910. A summer job in Hancock’s actuarial department convinced the younger Vatter that he wanted to follow a different career path. After receiving a bachelor’s degree from the College of the Holy Cross in 1944, he earned both a master’s (1947) and a Ph.D. (1953) in statistics from the University of Pennsylvania.

Vatter is survived by a daughter, Katharine Foucault of Neuilly-sur-Seine, France, and five grandchildren. His wife and their son, Joel Vatter, predeceased him in 2013 and 2011, respectively. The burial will be private. Plans for a memorial service will be announced at a later date.