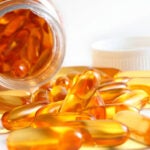 As technology evolves and becomes further integrated into society, massive amounts of data are being collected and stored. From the app on your cellphone to the swipe of your credit card to the systems that monitor everyday activities, data is endlessly transmitted and interpreted. With supercomputers within easy reach and storage infinitely scalable, researchers now have the power and resources not just to collect data, but to analyze it and make important discoveries.

Nowhere has this trend been more apparent than at Harvard. Faculty and researchers are using big data to answer society’s most challenging questions, and doing it with the help of FAS Research Computing (FASRC). Founded in 2007, FASRC had one goal: to provide Harvard faculty, students, and staff with leading-edge computational resources.

By building a centralized, high-performance computing environment called Odyssey, FASRC gave researchers the keys to unlock the information inside big data. Users have access to more than 60,000 CPUs and 15 petabytes of storage. At peak usage during a day, Odyssey churns through data so fast that it would take a traditional desktop more than 140 years to process the same information.

Jeff Lichtman, the Jeremy R. Knowles Professor of Molecular and Cellular Biology, Santiago Ramón y Cajal Professor of Arts and Sciences, and Randy Buckner, professor of psychology and neuroscience, both use Odyssey extensively in their research to uncover the mysteries of the brain.

Lichtman, who studies the connection and wiring of individual neurons, collects massive amounts of data. One of his microscopes produces two petabytes of data per month. In a year, Lichtman collects more than twice the data in the entire Netflix catalog.

Buckner’s research takes a more macro approach. He studies the interaction of brain areas across thousands of people. Using magnetic resonance imaging (MRI) and other human-imaging technologies, Buckner takes images of activity in the thinking brain. Like Lichtman, he is left with petabytes upon petabytes of raw data.

Just a decade ago, this much data would have been impossible to sort through in any meaningful way. But today, with access to Odyssey, Lichtman and Buckner are not constrained by technology. They have the resources to push scientific boundaries in innovative ways. FASRC is clearing the path for researchers like Lichtman and Buckner, removing the limitations around big data and opening its possibilities.