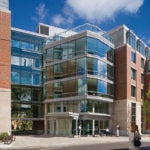 They aren’t topics that appear in the Harvard course catalog, but all — and more — were among the subjects that Harvard College students had the chance to explore during this year’s Wintersession.

Now in its fifth year, the College-led initiative is aimed at using the time between terms to bring together undergraduates, graduate students, faculty, and alumni to experience unusual opportunities they may not otherwise be able to pursue.

Along with recreational and creative events, the 10-day Wintersession included a host of professional-development opportunities, from advice on writing resumes to interviewing, as well as classes aimed at helping students develop practical skills. A handful of sessions connected students with alumni, including prominent television producers and industry professionals.

This year’s programming included a new focus on encouraging students to use the break to grow both personally and academically as they move through their College careers and become citizens of the world.

“I think it’s awesome to have an entire week to focus on one topic,” said Dre Cardinal ’15, who took part in a weeklong visit to the Harvard Forest in Petersham, Mass. “Yesterday we did a class on tree identification and learned how to identify different trees based on bark, leaf composition, and color, as well as their smell, and we also learned how to diagnose trees that may be ailing or in the process of dying. Being able to have that personal experience with the world we’re exploring is absolutely a privilege.”