Chris Pratt is Man of the Year 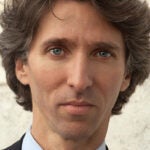 Hasty Pudding Theatricals has named Chris Pratt the recipient of its 2015 Man of the Year Award. Pratt joins his “Parks and Recreation” co-star Amy Poehler in sharing the accolade; Poehler will be honored as Woman of the Year on Jan. 29. Pratt will be honored on Feb. 6 with a celebratory roast inside Farkas Hall, the Hasty Pudding’s home in the heart of Harvard Square since 1888.

Best known for his role as Andy Dwyer on “Parks and Recreation,” Pratt is fast becoming one of Hollywood’s most sought-after leading men. Pratt will next star in Universal’s “Jurassic World” in June 2015. Most recently, he top-lined as Peter Quill in Marvel’s “Guardians of the Galaxy,” which was one of the three top-grossing films of 2014, with more than $600 million at the global box office. Pratt also lent his vocal talents to lead character Emmett in the enormously successful animated feature “The Lego Movie,” which made over $400 million worldwide.

The Man and Woman of the Year awards are presented annually to performers who have made lasting and impressive contributions to the world of entertainment. The Man of the Year award was established in 1963, and its past recipients include, among others, Clint Eastwood, Tom Cruise, Robert De Niro, Harrison Ford, Sir Anthony Hopkins, Bruce Willis, Justin Timberlake, James Franco, and most recently, Neil Patrick Harris.

A press conference will be held at 8:30 p.m., following the roast. Afterward, Hasty Pudding Theatricals will stage the opening-night performance of its 167th production, “¡Oops! … Madrid It Again!”

Press credentialing is now open for the Man of the Year event. Press information and an online application form can be found at http://hastypudding.org/media-room. Completed forms may be submitted to press@hastypudding.org.