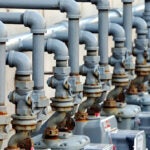 Science writer sees a bit of himself in research on handedness

Joshua Goodman doesn’t seem like such a bad guy — for a righty. It’s just that his research is a major buzzkill.

Before Goodman’s latest study, published in the Journal of Economic Perspectives, we lefties thought we were special — smarter, more creative. Perhaps it was compensation for having to get along in a righty-centric world, one full of oddly-shaped scissors, desks opening on the wrong side, a written language any lefty kindergartener will tell you is backward, and a lifetime of elbow-banging dinners with relatives who smile and say, “Oh, that’s right, you’re a lefty.”

In fact, not only are we not special, we’re behind in a variety of ways, according to the research.

The study grew out of a student’s request for a project idea, one that the student wound up turning down.

“So I wrote it myself,” said Goodman, an assistant professor of public policy at the Kennedy School, in a recent interview in his office.

Initially he spent a couple of hours “poking at the data,” not expecting to find much, but when some patterns emerged, he became intrigued. Further digging revealed a richer picture, and a few surprises.

Goodman looked at five large studies of individuals in both the United States and the United Kingdom. Along with data on education and employment, the research included questions about handedness. Some aspects of the studies were in line with earlier investigations, such as lefties making up 11 to 13 percent of the sample and the children of lefties being more likely to be left-handed themselves.

A child’s health early in life played a role in handedness, with lower-birth-weight babies and those experiencing complications at birth likelier to be left-handed. U.S. babies that remained in the hospital for more than a week, for example, were 50 percent more likely to be lefties.

Lefties had slightly lower cognitive skills than righties, more behavioral and speech problems, and were more likely to have learning disabilities. There was no evidence to support the commonly held belief that lefties are over-represented among the very smart.

The effect on annual earnings is significant, with lefties earning an average of 6 percent less than righties. In the United States, the wage gap translates to about $1,300 per year.

The earnings divide disappeared, however, when Goodman compared righties with lefties who had been healthy as infants, an indication that it may result from the effects of poor infant health on development and education, he said.

The study has been widely reported in the media and Goodman has gotten an earful of lefty perspective, most of the “I-did-OK-and-I’m-a-lefty-so-your-study-must-be-wrong” variety.

But for a lefty like myself, there are insights in the work that ring true. One of my mother’s oft-repeated family stories was of my complicated birth, usually trotted out with delight on Mother’s Day or my birthday and including the all-too-anatomical phrase “stuck in the birth canal for seven hours.”

In addition, my early — and backward — attempts at writing surely tried the patience of my kindergarten teacher, Mrs. Dawson, as she toiled to teach me my letters in the church used as overflow space by the Myrtle H. Stevens School.

I managed to get the writing straightened out enough to make a career of it, but not without experiencing the sort of disadvantages that Goodman noted can have a negative effect on workplace performance, particularly at jobs stocked with right-handed tools and equipment.

I worked though college as a carpenter on a job site that never had a left-handed power saw. The right-handed saws, used dozens of times a day, blew dust in my face, which made me a regular at the local emergency clinic, complaining of sawdust in the eye. Even if the doctors never found any dust — it had bounced off the eye or been washed away by tears, they explained — I was still left with a scratched cornea and an enduring “there’s something in my eye” irritation. This happened frequently enough that I began to self-diagnose scratched corneas — the closest I ever got to my one-time dream of being a doctor (for which I already had the messy handwriting) — and put off ER visits to let my eye heal on its own.

In day-to-day life, lefties compensate so often that it becomes second nature. In the kitchen, I reflexively avoid the right-handed serrated knives and favor those with straight blades. When a writing assignment takes me to a large lecture hall — the ones with the little folding desks attached to the seats — I put up the desk of the seat to my left to write on, unfair though it may be to righties wanting to sit there.

Sure, the picture that emerges from his work is unflattering for lefties, but Goodman emphasized that he has nothing against us. In fact, his wife, a left-handed Boston lawyer, gave him a healthy dose of southpaw perspective while he was working on the paper. In addition, though his 4-year-old son seems to be right-handed, Goodman could still wind up the father of left-handed twins, since his 18-month-olds haven’t yet shown a preference.

Though on the academic side the income findings are the study’s most compelling, Goodman said that, from a practical standpoint, it’s also important to understand that handedness can be a cheap, effective screening tool — a “costlessly observable characteristic” as he put it — for learning disabilities such as dyslexia, where early intervention can do some good.

“When people ask me for the takeaway message, I tell them that it makes me pay a little extra attention to my kids as they develop their handedness,” Goodman said. “And if they turn out to be left-handed, I won’t worry, but will keep an eye out for some of these other things.”