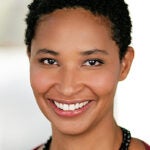 After six months as senior fellow, Bill Lee outlines what’s been achieved and what lies ahead

It has been a busy six months since Bill Lee became the senior fellow of the Harvard Corporation, one of the University’s two governing boards.

Busy and productive, Lee said last week, citing The Harvard Campaign chugging along toward its $6.5 billion goal, the University reporting essentially a break-even result in last year’s budget, President Drew Faust embarking on a campaign to make the “case for college,” and the opening of the dramatic new home for Harvard’s art museums.

The Gazette sat down with Lee ’72, a former Harvard Overseer, to get his thoughts about his time as senior fellow, the University’s progress during that period, and the challenges and opportunities ahead for Harvard.

GAZETTE: How has the University done in your first six months as senior fellow?

LEE: Thanks to so many others, it’s been a terrific six months, with the University moving forward in important ways. The capital campaign is moving ahead robustly. As of the end of September, we’re at $4.8 billion.

The Steve Ballmer gift to SEAS [School of Engineering and Applied Sciences] sends an important message: a 50 percent increase of the computer science faculty over time. The Chan family gift to the School of Public Health is a huge step forward. We think it puts the School in position to look forward as the leading public health school in the world. What it means for public health, pandemics, health care systems, health care generally, is really enormous.

The art museums’ reopening was just wonderful. The fact that these marvelous museums with these marvelous collections are available again, in a building that recognizes the special nature of a university museum and also reaches out to the community, is critically important.

The fact that we won the Harvard-Yale game for the eighth year in a row is important for those of us who were athletes when we were here.

And then, Drew’s use of the Harvard president’s unique position to speak of broader issues, to emphasize — to use [Harvard College Dean] Rakesh Khurana’s term — the difference between transactional education and transformational education, has been a real positive step forward. She did it with high school students in Dallas, the right audience at the right time to get the right message.

GAZETTE: How important is it that somebody prominent like Harvard’s president make the case for college these days? Why is that even needed?

LEE: I think it’s critically important. Our own government has suggested evaluating education by the short-term economic returns of your first job. That’s not the way to judge the quality of a college education, and it’s certainly not the way to judge whether education has put you in a position to have an interesting, challenging, and engaging career, and a fulfilling life over a long period.

Following the 2008 economic crisis, the value of a broad liberal arts education is a question on people’s minds more than it has been for some time. So affirming that such an education is important, no matter what your discipline, is especially critical now.

GAZETTE: To go back to the campaign, what’s your sense of its progress?

LEE: The success to date has been spectacular and, candidly, better than we could have hoped for. But it’s the breadth of interest in the campaign, the number of people who are giving to the campaign, our ability to raise contributions for Schools like the School of Public Health or the Ed School or the Divinity School — traditionally greater challenges because of the nature of their alumni body — that have been really encouraging.

What it says, at least to me, is the great strength of Harvard is the breadth, depth, and unique combination of our Schools and the College. And to the extent that the campaign can ensure that all of them will be strong financially and intellectually, we’re going to achieve a lot.

GAZETTE: Why are people motivated to give to Harvard?

Perhaps more important is that people who give gifts like the Chan gift recognize that they’re not just giving to Harvard, they’re giving so that Harvard’s faculty, its students, its staff make fundamental changes in the world, for the benefit of people around the world.

I said at the launch of the [Chan] gift that it will affect hundreds of faculty, thousands of students, but, more importantly, millions of people. So in many ways, a gift like that is not a gift to Harvard, but a gift that enables a means to a broader end.

The same is true of gifts to financial aid. You’re not giving to Harvard so that it can be wealthier; you’re enabling students to come here who otherwise wouldn’t have the opportunity to have an education like the one we offer. And when those students leave, they do great things. I think that’s what people recognize.

GAZETTE: The University posted a surplus in the past fiscal year, albeit only $2.7 million on a $4 billion budget. Does that mean troubled times are over?

LEE: There are strong financial headwinds for any University today. Looking into the future, there will be some challenges we can anticipate — decreased federal funding — and some we can’t.

That means responsible fiduciary stewardship is going to be more important than ever. Annual surpluses and deficits are actually not always the best indicators [of how we’re doing], because there will be deficits some years, surpluses others. The question is whether, over a longer period of time, we can provide the right broad financial foundation for Harvard.

GAZETTE: What other challenges do you see in the future?

A related challenge is: What are we going to do over the next 25 years to make being educated as a member of the Harvard community in Cambridge or Boston so unique and so important that it is worth the time and money to come here to experience it?

A third challenge is: What does it mean to be a university in a global context? Are we an American university with global aspirations? Are we a global university that happens to be situated in America? Those are important questions as well.

GAZETTE: How have the recent governance reforms, which expanded the size of the Corporation and instituted a new committee structure, changed your job, your workflow?

LEE: I think the reforms have been a real success, though I have to tell you I was an advocate for them, so I have a bias.

They’ve been a success for this reason: If you look at the breadth of expertise on the [expanded] Corporation today, it’s really quite impressive. We have accomplished academics, accomplished university presidents, people who know and care about the sciences and the humanities. We have CEOs of corporations, nonprofit leaders, people who’ve served in government, people who know finance and technology and law. There’s a breadth and depth of experience that allows us to really help the president as she thinks through the thorny issues that Harvard confronts and the opportunities in front of us.

The committee structure is one of the real strengths of the governance reform, in part because it has allowed us to bring non-Corporation members into our deliberations and benefit from their thinking.

To give you an idea, the Corporation begins meeting at 7:30 a.m. on Mondays and goes straight until 6. The entire morning is committee meetings. So there’s a huge amount of work that’s getting done in the committees. And we’ve been working hard to ensure we have the right things on our agenda and the right information for us to play our role as well as we can.