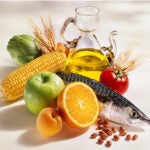 Study suggests most are interested in genomic sequencing for their newborns

A study published this week in Genetics in Medicine is the first to explore new parents’ attitudes toward genomic testing on their babies. The findings suggest that if newborn genomic testing becomes available, there would be robust interest among new parents, regardless of their demographic background.

The study, led by researchers at Harvard-affiliated Brigham and Women’s Hospital (BWH) and Boston Children’s Hospital, found that the majority of parents surveyed were interested in newborn genomic testing.

As next-generation whole-exome and genome sequencing is integrated into clinical practice, researchers and clinicians are increasingly interested in genomic testing as a way to provide personalized health information for newborns beyond what the existing standard screening produces. But such testing, done shortly after birth, requires the interest and consent of new parents.

“Several other studies have measured parents’ interest in newborn genomic screening, but none focused on new parents in the first 48 hours,” said Robert C. Green, a geneticist and researcher at BWH and Harvard Medical School, the senior author of the study. “Since this is when genomic testing would be of the greatest value, it is especially important to study parents’ attitudes immediately postpartum.”

The researchers surveyed 514 parents at the well-baby nursery at BWH within two days of their child’s birth. After receiving a brief orientation to the genome and its impacts on human health, including information about what the genome is, what genes are, and how they can affect both health and medical care, 82.7 percent of parents reported some level of interest in newborn genomic testing. Thirty-six percent were somewhat interested, 28 percent were very interested, and 18 percent were extremely interested.

Results were similar regardless of parents’ age, gender, race, ethnicity, level of education, family history of genetic disease, or whether the infant was a first-born child. Parents who had experienced concerns about the health of their newborn, however, were less likely to be interested in genomic testing.

The study was also the first to investigate whether asking parents about their interest in newborn genomic testing would cause them to reject the existing state-mandated newborn genetic screening (NBS), one of the most established and successful public health programs in the world.

“If even one parent had rejected it, that would have been a problem,” said Susan Waisbren, lead author of the study and a psychologist and researcher in the Division of Genetics and Genomics at Boston Children’s and Harvard Medical School. “But out of over 500 parents surveyed, not one of them questioned or rejected NBS.”

The study was also the first to survey parents separately. Most couples were in agreement about their level of interest in newborn genomic testing.

“About 75 percent of couples were in concordance,” Waisbren said. “This suggests that both parents should be involved when we are addressing concerns they may have about newborn genomic testing.”

“Parents’ strong interest in genomic screening for their newborns, as demonstrated by this study, underscores the importance of further research exploring the public health impacts of actually providing this testing,” said Green, “particularly as it continues to become less expensive and more widely available.”

Green and Alan Beggs of Boston Children’s co-direct the BabySeq Project under which, pending review and approval by an institutional review board, parents of several hundred healthy and sick newborn infants will be offered genomic sequencing in a research setting beginning in early 2015.