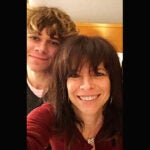 Parents Weekend through a freshman’s eyes

When Jill Johnson took the helm of the Harvard Dance Program in 2011, she drew inspiration from the University’s goal of incorporating the arts more broadly into life on campus.

“I am fascinated by this idea of transdisciplinary investigation, and that dance is a substantive source of inquiry,” Johnson told the Gazette shortly after her appointment.

Three years later, Johnson is fulfilling that promise. Building on Harvard’s move to accept various performance-related courses for academic credit, in 2013 she created the Harvard Dance Project, a faculty-led ensemble that combines rigorous study with the rewards of being part of a professional dance company.

The goal of the project, said Johnson, is to teach students about “choreographic thinking and how to examine ideas in fields beyond dance which can be used to create a dance and in dance performance research.”

The for-credit class meets twice a week. Any subject can provide the seeds of inspiration. Students’ diverse areas of study, such as neuroscience, education, and philosophy, all have “fueled the artistic process,” said Johnson.

“It’s not about forgetting other practices,” she added, “it’s about integrating them and seeing what they look like on the physical plane.”

Last month the Harvard Dance Project performed “LOOK UP,” a two-hour improvisational piece based on a series of “set choreographed phrases” and inspired by the works of architect Louis Kahn, Professor Stephen Greenblatt’s 2012 book “The Swerve: How the World Became Modern,” and recent research into how the brain perceives digital media.

As food for thought — and creativity — Johnson shared with the class articles on how digital overload is “affecting our brains and our perception and our relationship to the world and our physicality.” The material, she said, inspired conversations about how to interpret the notion of attention-deprived lives through the choreographic structure and states of dance.

“We talked about what that might look like and what we are really craving in this hyper-connected world. … It became very clear that it was to be in the presence of others; that the analog body has become separate from what we do. We thought about how we might create the conditions that would provide an analog break from our digital screens.”

“LOOK UP” was driven by impromptu, real-time interactions between the dancers and the audience.

For Johnson, the University’s embrace of the arts represents a natural evolution of a 21st-century liberal arts education. “The idea that the arts are purely performative is to limit what the possibility for the study of the arts provides,” she said.

“What dance does is help students negotiate very complex and sophisticated situations in any given moment. Those are great intellectual and life and visceral skills that I think are really exciting. This is true in visual arts, music, and theater. The integration of the arts in academic study can only serve to broaden what an education looks like in and for the 21st century.”