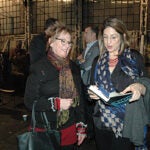 Is there a dose of nature that can help make city dwellers’ lives healthier and more productive?

Research suggests that the answer is yes, but also that the issue is more complex than that simple formulation. Mounting evidence connects human health and urban green spaces, but uncertainty remains about the characteristics of those links and, more practically, how cities can be designed to take advantage of them.

In a report summarizing recent findings, investigators at the Center for Health and the Global Environment at the Harvard T.H. Chan School of Public Health call for an acceleration of research on the issue. When it comes to urban design, they point out, the clock is ticking.

More than half the world’s population is in cities, and another 1.35 billion urban dwellers are expected by 2030. Over the next few decades, the report says, 86 percent of people in developed nations and 67 percent of those in the developing world will live in cities.

The associated demands on urban areas present an opportunity to use nature and natural design cues to support human health and resilience, according to Julia Africa, program leader for the center’s Nature, Health, and the Built Environment program.

But Africa and Alan Logan, another of the report’s authors, said that the details — which populations, where, under what circumstances, and for what health conditions — are important when making the case for the benefits of natural environments. While general guidelines for designing healthy streetscapes and parks are available, prescriptive design features — such as the structure of a forest or decibel level of water features — are still being refined.

“What are the components of the natural environment that might have medicinal properties?” said Logan, author of the book “Your Brain on Nature.”

“There really isn’t the smoking-gun study, but [rather] a lot of studies layered on top of each other that create this argument.”

Part of the difficulty, Africa and Logan agreed, is that work on the topic comes from several fields, many of which don’t normally communicate with each other. In addition, Africa said, the disciplines often have varying criteria that cause results to be interpreted differently.

“Generally speaking, most people agree that the presence of nature supports health and well-being,” said Africa, who was co-leader, with Akira Yamaguchi Professor of Environmental Health and Human Habitation John D. Spengler of the 2013 Natural Environments Initiative Workshop at the Radcliffe Institute for Advanced Study, whose efforts the new report reflects.

“But this is an area where we need transdisciplinary, synergistic research to refine those connections and harness this work to support health in our cities.”

Logan traced scientific interest in the topic to a 1984 study published in the journal Science that reviewed the recoveries of two groups of patients from gall bladder surgery. The groups, matched in number and treatment, were in similar rooms with either a view of a small stand of trees or of a brick wall. The results showed that patients in the rooms with tree views were discharged almost a day earlier than those facing the brick wall. They also showed that negative comments in nurse’s notes — such as a patient crying or needing encouragement — were three times as common in the records of the patients facing brick walls, who also needed significantly more painkillers.

Since then, studies have shown that proximity to green spaces is associated with lower risk of non-communicable diseases, and that living within a kilometer of a green space is associated with significant reductions in depression, anxiety, asthma, lung disease, diabetes, and heart disease.

Research has also shown correlations between urban green spaces and mortality, greenery and mental health, tree density and obesity risk in low-income children, and even, in a Michigan study of 100 public high schools, between a view of trees through classroom windows and student performance.

Not all findings point to significant causal relationships between green space and health or performance, however.

“Green space cannot be expected to replace conventional social and clinical health infrastructure like effective pollution control regulations and vaccines,” Africa said. “But human health is an important expansion of the term ‘ecosystem services’ when we think about the use of nature in the built environment.”

Participants in the meeting at Radcliffe, who came to Cambridge from around the world, issued a statement with five “action areas.” Those included promoting equitable access to nature, supporting policies that link human health and nature, and fostering both research and design standards to help plan healthy environments.

Africa said she hopes that the center’s report becomes a resource not just for researchers devising investigations, but also for planners making an argument that new developments should include a green component.