A call for action, and for hope 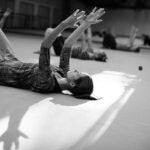 Warning that the world is over-armed and peace underfunded, that billions of people live in deplorable conditions, that climate change is happening fast, and that racism, discrimination against women, and genocide are huge problems worldwide, United Nations Secretary-General Ban Ki-moon on Tuesday urged Harvard faculty and students to continue research on these global problems and use what they learn to help improve conditions around the world.

“A Harvard education is a tremendous gift,” he said. “The world needs you to use what you acquire here, not to perpetuate the status quo, but to be part of the transformation the world so urgently needs,” he told an overflow crowd of more than 1,000 in Memorial Church.

Ban was on campus to receive the 2014 Harvard Humanitarian of the Year award. “The United Nations is a ship of hope, and Ban Ki-moon is the captain of this ship,” said S. Allen Counter, director of the Harvard Foundation, in presenting the award. “He has faced tough challenges with courage and prudence.”

Mindful that students are in the middle of exam period, Ban wished them luck, and added, “You are not the only ones being tested at this time. People ask me quite often these days: ‘Why is the world facing so many crises at once? What is going wrong?’” He then presented his plans, working with U.N. member nations and partners around the world, to address such problems. They include the 15-year, eight-point Millennium Development Goals “to reduce extreme poverty and hunger; get children, especially girls, in school; ensure access to water and sanitation; improve the health of mothers and children, fight disease and protect the environment, all by the end of 2015. The gains have been remarkable,” he said, “but there is a long way to go.” He said U.N. members are working on plans to tackle these problems that “will take us to 2030.”

Ban also talked about the scourge of Ebola. Hard-won progress for peace, human rights, and economic development in countries like Sierra Leone, Liberia, and Guinea are “imperiled by the outbreak,” he said. “All three countries are now struggling to contain a complex crisis.” He added, “Over the years, Harvard’s scientists have helped the world to understand the virus. I urge you to continue your pioneering research efforts to understand this virus — and others for which we have neither vaccines nor cures.”

On the problem of climate change and the threat of nuclear arms, Ban said nuclear weapons are poised to do great harm to the environment. “Nuclear weapons cannot be used without jeopardizing civilians. Even a limited or regional nuclear war can alter our climate and produce famine conditions

“Let us … take our cue from Harvard’s own Professor John Holdren, now serving as President Obama’s science adviser,” who said 19 years ago, “‘Either we will achieve an environmentally sustainable prosperity for all, in a world where weapons of mass destruction have disappeared or become irrelevant, or we will all suffer from the chaos, conflict and destruction resulting from the failure to achieve this.’

“I encourage Harvard to be an even bigger part of the transition to a safer, healthier, low-carbon future,” Ban said.

Turning to Counter, Ban said, “Let me congratulate you for your long-standing efforts to promote harmony among the many communities at Harvard. People today are more connected than ever before. At its best, this process of interaction leads to interdependence and a recognition of our common humanity.”