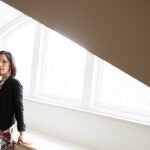 Artist Kara Walker stunned the New York art world last summer with her blistering provocation caked in white sugar and wryly titled “A Subtlety, or the Marvelous Sugar Baby, an Homage to the unpaid and overworked Artisans who have refined our Sweet tastes from the cane fields to the Kitchens of the New World on the Occasion of the demolition of the Domino Sugar Refining Plant.”

Walker’s work was a sphinx-like sculpture of a black woman 75 feet long and 35 feet high made from 80 tons of granular sugar and surrounded by “sugar boys,” cherubic, hard-candy figurines “in a posture of servitude,” as she described them. The sculpture was a bitter, even grotesque monument of the primal themes of American history, including race, gender, sexuality, commerce, and subjugation.

The installation was staged in the defunct Domino sugar refinery in Williamsburg, Brooklyn, which was the largest working sugar refinery in the world during the mid-19th century, and opened mere decades after the end of the infamous Triangular Trade that fed American slavery. In that trade, molasses or sugar from the West Indies was shipped to America, where it was turned into rum and sent to West Africa, where it was in turn traded for slaves who were shipped to the West Indies. And the cycle continued.

The show, which ran from late May to early July, was free and drew record crowds. It was named one of the year’s best by Jerry Saltz of New York magazine.

“Taken as a whole, Walker’s title and the installation itself acknowledge how sugar and an appetite for sweetness were inherently linked to desire and dependent on the forced labor of African slaves in the Caribbean and in America,” said Lizabeth Cohen, dean of the Radcliffe Institute for Advanced Study and the Howard Mumford Jones Professor of American Studies, as she introduced Walker, who spoke at Radcliffe Monday afternoon on the origins of “A Subtlety.”

“I didn’t set out to be shocking, necessarily, but I think that one of the interests I’ve always had in art and has always compelled me to make art … is that feeling when you have a stationary object — a painting, a sculpture — actually leap out at you and force you to rethink everything you think you know about yourself and shakes you to your core,” said Walker. “And I love that! I love that art can do that in a way that just wouldn’t be welcome in polite society.”

Walker said the process of refining sugar — taking something brown and fluid and making it white and granular — sparked ideas about the byproducts of sugar and its producers.

“I kept coming to this place where I was equating molasses and this defunct sugar factory and its destruction with just death, just the creation of waste, the creation of its own demise. But I couldn’t do anything with that, I couldn’t make that work with my work,” said Walker, who finally settled on the sphinx concept. “People don’t want to see that. People don’t want to go … and see an artwork that reminds them how [messed] up they are, we are.”

The only part of the now-demolished sculpture that remains, on display at a New York art gallery, is the sphinx’s left hand, which is twisted into a “fig sign,” a gesture that is a talisman against evil in some cultures, and in others a vulgarity.

Walker was “going to make this figure that was both servile and regal in her physicality. She’s both sexual and … nonsexual, all sexual, all encompassing, larger than life, bigger than anybody could ever fit into, more powerful than powerless — all of these kinds of signifiers all going to work at once.” So she thought the sculpture “should also have a hand gesture that’s also empowering and dismissive of her audience.”

Although best known for her largely confrontational work, Walker calls herself “a reluctant activist,” one who spent her formative years thinking that she would follow in the footsteps of her father, the painter and art professor Larry Walker, and avoid such loaded topics in favor of more “universal” themes.

“There were issues in my life that I couldn’t ignore anymore, and the ignoring, the ignorance were a piece of this problem. It wasn’t just that I had to look forward or look backward and look at history, but actually look at my own willful blindness and embrace that in a way,” she said of her creative evolution.

Now a professor of visual arts at Columbia University, Walker received a MacArthur Foundation “genius” grant in 1997 at age 28, a few years after earning an M.F.A. at the Rhode Island School of Design. Prior to “A Subtlety,” she was best known for her paper silhouette tableaux that use sentimental images of the antebellum South drawn from genre paintings, romance novels, and slave narratives to make jarring, sometimes salty critiques of the country’s legacy of racial and sexual violence and racist attitudes.

“So cut black paper happened because it’s a second-class kind of art form; the silhouettes have nothing to do with the grand trajectory of fine arts history,” she said. “I started looking for forms that would resonate with this sense that I didn’t count or didn’t matter or mattered to a lesser degree, as a way of rejecting those histories and also embracing a kind of bombast that cycloramas and history paintings represented, that one artist could sort of capture the importance of a great moment.”

Some critics objected to the sphinx’s raw and distorted depiction of the black female form, which they said might encourage exploitation by some viewers. A short film that Walker made to capture the exhibition showed a few onlookers taking selfies or disrespectfully touching or interacting with the piece.

“That’s the problem with all the work that I’ve done so far, is that it does kind of sit on the line between enabling and exposing, and kind of does it with relish, maybe,” said Walker during an informal lunchtime talk with about 60 undergraduate and graduate students prior to the lecture. “Only because I feel like when it gets directed at the object, it has a possibility — maybe I’m wrong — of diffusing what happens in people’s lives and on their actual bodies.”

For Walker, the experience of working on a massive public art project was galvanizing.

“There’s something about making something larger than yourself, larger than life, or somehow being responsible for the creation of that feeling of something greater than one’s self … that’s what motivates me and drives me forward and helps me to think about that thing when people talk of ‘a conversation about race.’ Somehow, conversation is just words, but the effect is something much greater than that, and it’s a deep feeling that transcends our humanity,” said Walker.

“There’s something about the enormity and the comedy and tragedy of the whole circumstance that really gets to me … and I think that’s an answer to a question for later about how to talk about our national condition when it comes to race and racist attitudes.”