Ukraine comes into focus on film 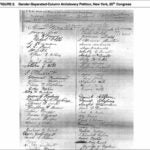 Ukrainian filmmaker Sergei Loznitsa focused the unflinching eye of the camera on a historic revolution in Kiev’s Maidan Nezalezhnosti (Independence Square) last year, and in doing so created a visual monument to Ukraine’s fight for independence.

For 100 days, Loznitsa and his crew captured hundreds of hours of raw footage of the “Euromaidan” protests opposing the government of Viktor Yanukovych. The occupation of the city square drew as many as 800,000 people to the Ukrainian capital, leading to deadly confrontations between protesters and police and ultimately to the overthrow of the president and his administration in February.

“It is very sad to see how people fight with each other — it’s senseless,” said Loznitsa, 50, who grew up in Kiev. “All this action tells us that we do not have the language to speak with each other. The president does not want to speak with the people, the people didn’t have another possibility to express what they think about the president and his power, and they used violence as a language, which is a pity. War is a solution where you did not have connection for conversation.”

The result of Loznitsa’s efforts is “Maidan,” a poignant documentary that tells the story of the protests through a series of mostly static camera shots that focus on the revolution as it progresses from festive beginning to chaotic and violent ending. The filmmaker presented “Maidan” and his feature “My Joy” at the Harvard Film Archive this past weekend.

In his documentary and feature-film career, which spans 14 years, Loznitsa has focused on stories of life, hardship, and conflicts within Russia and the states of the former Soviet Union. The retrospective of his work at the Harvard Film Archive though Nov. 17 is part of “Lives of the Great Patriotic War,” an exhibition from the Blavatnik Archive Foundation that chronicles the story of Jewish participation in the Soviet Armed Forces during World War II. The exhibition is being hosted by the Harvard Library.

Loznitsa’s work offers an unflinching look at the lives of common people of the former Soviet Block. His films and documentaries focus more on the faces of the collective than on a particular hero, Harvard Film Archive Director Haden Guest said during his opening remarks on Saturday at the screening of “Maidan.”

“With his new film ‘Maidan,’ Loznitsa offers us perhaps his most urgent film,” said Guest. While the documentary is a chronicle of the events that unfolded in Ukraine from November 2013 through February 2014, “there is still of an undecided magnitude in what will happen next.”

Loznitsa lived in Kiev for 27 years and thought he knew it well, but he was surprised by the city’s people. He said filming the daily events of the massive protest was an emotional and unforgettable experience.

“It was a long period of time, 100 days, and in the beginning it was a kind of [a] carnival and in the end it was a tragedy,” Loznitsa said. “I can’t use a stone against another human, I can’t. But I can understand why [it happened], because people didn’t have another way to express themselves.”

He said the story of Ukrainian people is important because of the long-term global influence and the country’s current conflict with Russia in the Crimea. But Loznitsa’s stories also tug the emotions of people in America with ties to Ukraine and Russia. The filmmaker answered questions for more than an hour after the screening of “Maidan” and again Sunday following the screening of “My Joy.”

Jack Porter, a former research associate in Harvard’s Russian studies program, is of Ukrainian-Jewish descent and his wife’s family lives in Kiev.

“(‘Maidan’) was a great film and it reminded me of Chicago in 1968, where I was too,” he said. “This is revolution, this was a real revolution and I wanted to be there, but my wife told me it was too dangerous. But I will be there in April to bring moral support to the people and to see Maidan Square.”

Irene Kowal, a writer who lived in Ukraine, attended the “My Joy” screening. The film is a fictional story about a truck driver who takes a dark turn into post-Communist Russia. Loznitsa based it on accounts of corruption, violence, and hopelessness that people shared with him while he was producing documentaries in Russia and Ukraine.

“I was not prepared for the strength and the mastery of all of it, and of course it rings very true because we lived there,” said Kowal, who now lives in the Boston area. “It made an impression and it was a very powerful film.”

Upcoming screenings of Loznitsa’s films include “In the Fog” on Nov. 15 and “Blockade and Reflections,” with a series of short films also being shown on Nov. 17 at the Harvard Film Archive. For more information on the film and the exhibit, visit the Harvard Library website. “Lives of the Great Patriotic War” runs through Nov. 26 in Pusey Library, Monday-Friday, 9 a.m.-5 p.m. No Harvard ID is required.