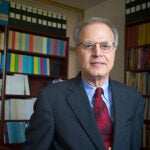 Two Harvard undergraduates are among the 32 American men and women chosen as Rhodes Scholars on Saturday. They will begin their studies at the University of Oxford next October.

Both from the Class of 2015, Harvard’s newest Rhodes are Ruth Fong and Benjamin Sprung-Keyser, the Rhodes Trust announced Sunday morning.