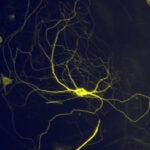 Bilateral arm transplant ‘as smooth as it gets’

Will Lautzenheiser wiggled his left forearm ever so slightly on Tuesday, demonstrating the movement for a roomful of people.

“This is it so far, but I had nothing. I can move my elbow. It’s astonishing.”

It was astonishing because two months ago, Lautzenheiser didn’t have a left elbow, and his right arm stopped a few inches below the elbow.

Both of Lautzenheiser’s arms had been amputated in 2011 — along with both legs — in a frantic attempt to save his life after a rampaging bacterial infection shut down his organs and killed the tissue in his limbs.

Last month, a team of 35 people — including 13 surgeons — worked for nine hours to transplant donor arms to Lautzenheiser, repairing some of the damage done three years ago. The procedure was the seventh restorative surgery at Harvard-affiliated Brigham and Women’s Hospital since it started in the field in 2009 with the country’s second partial face transplant. It was the hospital’s third bilateral arm transplant. Lessons from the others helped this procedure go extremely well, the surgeons said.

“As far as these surgeries go, this was as smooth as it gets,” said Simon Talbot, director of the Brigham’s Upper Extremity Transplant Program and an assistant professor of surgery at Harvard Medical School.

Lautzenheiser and leaders from the Brigham’s transplant program appeared at a news conference at the hospital on Tuesday to thank the anonymous donor family, and to discuss the procedure.

A former Boston University film professor, Lautzenheiser fell ill shortly after he moved to Montana to take a new job. Doctors there found that a streptococcus infection had morphed into potentially lethal necrotizing fasciitis. Lautzenheiser was flown to Salt Lake City, where the extreme measures to save his life left him a quadruple amputee, dependent on others for nearly all his basic needs.

In June, when the Brigham and Lautzenheiser announced that he was a candidate for the transplant, Lautzenheiser cited his loss of independence as a major reason for agreeing to the risky procedure.

The recovery from such a surgery is not like flipping a switch, his doctors stressed, but feeling and function should slowly increase.

Already Lautzenheiser has some sensation in his new right arm near the transplant site, but it could take a year and a half for nerves to grow and for him to fully gain sensation in his limbs, said Assistant Professor of Surgery Matthew Carty, head of the Brigham’s Lower Extremity Transplant Program.

Movement will return over a period of years, Carty said. Physical therapy will remain a major part of Lautzenheiser’s life. Currently he spends four hours a day at the hospital, augmenting those sessions with a home regimen aided by caregivers.

“If I don’t exercise the hands, I will lose function in them,” said Lautzenheiser, who is looking forward to returning to the classroom and to his work in film.

Lautzenheiser also faces a future of taking anti-rejection drugs to keep his immune system from attacking the transplanted limbs as foreign tissue. Associate Professor of Surgery Bohdan Pomahac, principal investigator of the Brigham’s restorative surgery program, said there is ongoing research into ways to minimize the need for anti-rejection drugs, which can open patients to other infections and may increase cancer risk over the long term.

The new arms were secured through the New England Organ Bank, whose president, Richard Luskin, also spoke at the news conference. The donor’s family sent a brief message to Lautzenheiser:

“Our son gave the best hugs. We pray that you make a full recovery and that your loved ones will be able to enjoy your warm embrace.”

As for Lautzenheiser’s transplant future, neither he nor his surgeons ruled out the possibility of a leg transplant — though definitely not in the near term. Leg transplantation requires a lot of arm strength during rehabilitation, Carty said. And besides, Lautzenheiser said, for now he is plenty busy with the rehab required for his transplanted arms.

“This has completely transformed my life.”