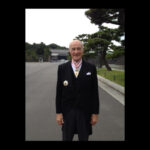 John Briscoe, the Gordon McKay Professor of the Practice of Environmental Engineering and Environmental Health at Harvard University, died Nov. 12 at his home in Poolesville, Md. He was 66.

Briscoe was selected in March by the Stockholm International Water Institute to receive the Stockholm Water Prize, known informally as “the Nobel Prize of water.”

The Stockholm Water Prize, awarded annually since 1991, was awarded to Briscoe for his “unparalleled contributions to global and local management of water — contributions covering vast thematic, geographic, and institutional environments — that have improved the lives and livelihoods of millions of people worldwide.”

After 20 years in leadership and management positions at the World Bank, Briscoe returned to Harvard’s School of Engineering and Applied Sciences in 2009, with joint appointments in the School of Public Health and the Harvard Kennedy School.

In 2010, Briscoe was nominated for the Joseph R. Levenson Prize for exceptional teaching of Harvard undergraduates.

Throughout his career, Briscoe, who was also director of the Harvard Water Security Initiative, focused on issues of water, other natural resources, and economic development.

“Water touches everything,” Briscoe said in a 2009 Harvard Gazette article. “It is about religion, culture, history, biology, government. It is everything.”