Improving the odds of beating opioids 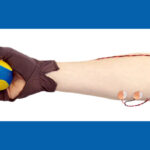 Residential treatment may be an appropriate first-line option for young adults who are dependent on opioid drugs — including prescription painkillers and heroin.

Research indicates that live-in programs may result in higher levels of abstinence than the outpatient treatment that is currently the standard of care.

A study from the Harvard-affiliated Massachusetts General Hospital (MGH) Center for Addiction Services found that a monthlong, 12-step-based residential program with strong linkage to community-based follow-up care enabled almost 30 percent of opioid-dependent participants to remain abstinent a year later. Another recent study found that 83 percent of those who entered an office-based opioid treatment program had dropped out a year later.

“Our results suggest that abstinence-focused, 12-step residential treatment may be able to help young adults recover from opioid addiction through a different pathway than the more typical outpatient approach incorporating buprenorphine/naloxone treatment,” said John Kelly of the Center for Addiction Medicine in the MGH Department of Psychiatry. Kelly is the senior author of the study that was published online in the journal Drug and Alcohol Dependence, as well as the Elizabeth R. Spallin Associate Professor of Psychiatry in Addiction Medicine at Harvard Medical School (HMS).

Corresponding author Zev Schuman-Olivier also noted, “We found that participants who met DSM-IV [Diagnostic and Statistical Manual of Mental Disorders, 4th Edition] criteria for opioid dependence seemed to do better during residential treatment than did opioid misusers — those who reported some illicit opioid use in the past 90 days but did not meet dependence criteria.

“Interestingly, young adults with intermittent opioid misuse are often encouraged to go into residential treatment if they can afford it or it is covered by insurance, while those with opioid dependence often start with office-based buprenorphine/naloxone treatment,” explained Schuman-Olivier, a clinical instructor in psychiatry at HMS. “Our findings indicate that opioid-dependent young adults might benefit from starting out with residential treatment and then linking up with continuing outpatient care after discharge. In contrast, many nondependent opioid misusers may not be ready to benefit fully from the time spent in 12-step residential treatment.”

The authors note that the significant increase in opioid misuse among adults ages 18 to 25 led to a 350 percent increase in the numbers admitted to treatment programs from 1998 to 2008, greater than any other age group. Many individuals with opioid dependence (criteria for which include continued use despite substance-related problems, drug tolerance, and withdrawal symptoms) have benefited from outpatient treatment using a combination of buprenorphine and naloxone as an opioid replacement. But another study — led by Schuman-Olivier and published earlier this year in the Journal of Substance Abuse Treatment — found that outpatient buprenorphine/naloxone treatment was significantly less effective in opioid-dependent young adults than in older adults. Given those discouraging findings, the current study was designed to investigate whether residential treatment would be a viable alternative.

The study enrolled 292 young adults participating in a residential treatment program that followed the 12-step Minnesota Model treatment philosophy, which includes detoxification, a number of evidence-based psychotherapeutic approaches, and engagement with community-based mutual-help groups such as Narcotics Anonymous after discharge. Among the enrollees, 73 had been diagnosed with opioid dependence, 58 with opioid misuse, and the other 66 were being treated for use of other drugs, such as alcohol, cocaine, or marijuana. Among all participants the average stay in the residential facility was 26 days, and 84 percent were discharged with staff approval, indicating successful completion of the inpatient treatment.

A year after leaving residential treatment, 29 percent of the opioid-dependent participants remained abstinent from drugs, compared with 22 percent of the opioid misusers, despite the fact that the dependent participants had more significant opioid-related symptoms and consequences when entering the treatment program. Among all three groups, the opioid misusers had the lowest rates of treatment completion, were least likely to engage in outpatient care, and used more marijuana and alcohol during the follow-up period. The authors hypothesize that the poorer outcomes among opioid-misusing participants may reflect less recognition of the seriousness of their condition, leading to less willingness to comply with treatment and recommendations for continuing care.

“Our study emphasizes the importance of strong linkage between residential treatment and continuing care,” says Schuman-Olivier, who also is with the Outpatient Addiction Services at Cambridge Health Alliance. “Right now there is a huge gap between residential and community services in many health systems. Yes, residential treatment can be costly, but with an opioid-dependence epidemic that has led to frequent overdose deaths, it’s important to think about what works, not just costs. We have evidence that outpatient treatment for opioid dependence is not as effective in young adults as it is in older adults, so we need alternatives to protect this vulnerable population.”