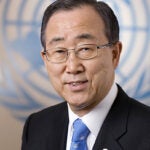 Was considered a ‘tremendous force’ in biostatistics

Professor Marvin Zelen of the Department of Biostatistics at the Harvard T.H. Chan School of Public Health (HSPH) died on Nov. 15 after a battle with cancer. He was 87.

Zelen was the Lemuel Shattuck Research Professor of Statistical Science, as well as a member of the Faculty of Arts and Sciences Emeritus at Harvard University. He served for a decade in the 1980s as chair of HSPH’s Department of Biostatistics. He was known as a giant in his field, and as a man of vision, generosity, and warmth.

Zelen was noted for developing the statistical methods and study designs that are used in clinical cancer trials, in which experimental drugs are tested for toxicity, effectiveness, and proper dosage. He introduced measures to ensure that data from the trials were as free as possible of errors and biases — measures that are now standard practice. Zelen helped transform clinical trial research into a well-managed and statistically sophisticated branch of medical science. His work in this area led to significant medical advances, such as improved treatments for several different forms of cancer. His research also focused on improved early detection of cancer; on modeling the progression of cancer and its response to treatment; and on using statistical models to help determine optimal screening strategies for various common cancers, especially breast cancer.

Born and raised in New York City, Zelen attended New York’s City College, where he became interested in statistics and probability. After college and a master’s degree in mathematical statistics from the University of North Carolina at Chapel Hill, he worked for 10 years at the mathematics lab of the National Bureau of Standards in Washington, D.C. He was the only one working in the lab without a doctorate, which he subsequently earned at American University in 1957.

In the early 1960s Zelen spent two years as a visiting professor at the University of Wisconsin’s Mathematics Research Center, where he first worked with cancer researchers, helping them address problems with study design. After that, for four years beginning in 1963, he led the National Cancer Institute’s applied mathematics and statistics section, where he delved further into cancer and clinical research. He spent a year in London as a Fulbright Scholar, and then joined the biostatistics department at the State University of New York in Buffalo.

During his 10 years in Buffalo, Zelen helped the Eastern Cooperative Oncology Group (ECOG) — one of several regional organizations established by the National Cancer Institute (NCI) to test experimental cancer therapies — with its studies. In an American University alumni magazine article in 2008, Zelen said those early studies were “terrible.” He said the studies were “poorly thought out; the data was wrong; they had poor quality control, not enough patients — everything you can think of that was antiscientific.”

“Marvin had a lot of guts and a vision for what was important,” said Mitchell Gail, senior investigator in the biostatistics branch of NCI’s Division of Cancer Epidemiology and Genetics. “He finagled NCI into supporting the use of DEC-10 computers in clinical trials, long before the study section supported it. He inspired the clinical trials community of statisticians.”

Zelen also played a key role in President Richard Nixon’s “war on cancer” in the early 1970s, serving as chair of a committee responsible for drafting the new program. His involvement in this endeavor was “tremendous and lasting,” according to Lee-Jen Wei, professor of biostatistics at HSPH.

In the mid-1970s, Zelen’s pioneering work in Buffalo brought him to the attention of HSPH’s then-biostatistics chair, Frederick Mosteller. Zelen insisted that he would only come to Harvard if he could bring the team he’d built in Buffalo. In the end, 27 faculty, researchers, and staff moved from Buffalo to Boston in 1977, along with a DEC-20 computer and the ECOG trials — 150 cancer trials involving several thousand patients. Zelen’s lab was established at the Dana-Farber Cancer Institute, where, simultaneously with his tenure at HSPH, he built the cancer institute’s Department of Biostatistics and Computational Biology.

Zelen’s colleague, biostatistics professor Nan Laird, recalled that “those first few years of integrating 12 new faculty members from Buffalo with half as many from Harvard were part of Marvin’s grand plan to make Harvard the No. 1 biostatistics department in the country — which it is and has been for quite some time. It was an enormously exciting time when we were united in working towards a common goal. Marvin’s genius was that he got all of us involved, then stepped back and gave us all the credit.”

Zelen is survived by his wife, Thelma; two daughters, Deborah and Sandy Zelen; and two grandsons, Matthew and Toby Mues. A memorial service will be announced at a later date. Zelen’s family will receive friends at their home, 230 Eliot St., Chestnut Hill, from 4 to 7 p.m., through Nov. 21. Contributions may be made in Zelen’s memory to the Marvin Zelen Education and Leadership Fund, Department of Biostatistics, Harvard School of Public Health, c/o HSPH Office of External Relations, 90 Smith St., Boston, MA  02120. They may also be given online. Please designate in the comment field that your contribution is for the Marvin Zelen Education and Leadership Fund.

To read the full obituary, visit the HSPH website.