Defending against the flu 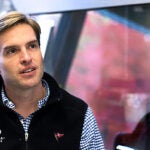 A promising strategy against HIV

Ebola has captured the attention of the world since the outbreak in West Africa began months ago, so far claiming more than 5,000 lives.

Closer to home, seasonal influenza is on its way. Aside from bringing brief misery to many, the flu leads to serious complications or even death for tens of thousands of people in the United States each year.

HMN: Should we be more worried about influenza than Ebola?

DOLIN: They’re quite different biologically and pathogenetically. If one wants to examine the relative risks, there’s no question that there’s a substantially greater risk with influenza in the United States than there is with Ebola. I don’t want to minimize concern about Ebola, because I think there’s a great deal that is unknown, despite the fact that we have to make decisions based on limited information — and that is frightening.

With typical seasonal influenza, in the U.S. you could have as many as 40,000 deaths annually. It’s a very serious problem.

HMN: What should people do to avoid the flu?

DOLIN: The most important thing is to be vaccinated. The recommendations from the U.S. Public Health Service are that everyone who is six months of age or older should receive influenza vaccine, except those for whom it has been contraindicated.

HMN: How many of us get vaccinated?

DOLIN: The results are mixed. In 2013, the overall influenza vaccination rate in the entire country was a little below 50 percent: a little bit higher in children, a little bit lower in adults. So that’s not what one would like. You really need to raise that number.

HMN: What about health care workers?

DOLIN: It’s also an area where one could have a better result, particularly among healthcare workers working in chronic care facilities and long-term care facilities. There, it looks like it’s really no better than in the general population. Among physicians, it’s 90 to 95 percent. Among general hospital employees, it’s about 65 percent. So one would like to see that increase.

HMN: What other steps can people take?

DOLIN: The big thing is vaccination. That to me trumps everything else by far. It also makes sense to stay away from individuals who are acutely ill. That’s hard to do in the household, of course. And then when you are acutely ill, try not to go to work or to socialize. You should stay at home.

There’s a lot of discussion about what they call commonsense approaches — such as washing your hands frequently. This is felt to be a control measure against a number of viral infections. It’s not fully established by scientific data, but it sounds reasonable. There’s also an uncertainty about what is best to use—soap and water or alcohol.

So I would say, if you want to wash your hands frequently, good. And certainly stay away from sick people; that sounds reasonable. But the one thing for which there’s solid evidence is vaccination. That’s what you need to do.

HMN: With seasonal flu, different strains circulate each year. Do you know whether this year’s vaccine is a good match?

DOLIN: It’s a bit too early to tell at this point. From March to September, a modest number of influenza viruses have been antigenically typed. According to that information, the circulating H1N1 influenza strain looks like it’s similar to the vaccine component. The influenza A/H3N2 component in the vaccine, the so-called A/Texas strain, is somewhat less frequently found (49 percent) among the circulating H3N2 strains. So that’s a little bit off. Again, this is very early. In addition, 75 percent of the circulating influenza B strains are similar to the strain in the trivalent vaccine, the so-called B/Yamagata strain.

So I would say it’s too early to tell, but there’s a little evidence that the H3N2 component of the vaccine may be a little bit mismatched at this point. You’d have to try to predict nine months ago what’s likely to emerge because the time interval for manufacturing the vaccine is about nine months.

HMN: Is late winter too late to get a flu shot?

DOLIN: No, later is better than never. The problem is that you don’t know exactly when influenza will hit. You need at least two weeks after you’re immunized to mount a protective response. The idea is to do it as early as possible. The data now suggest that protection lasts for at least nine months, which should cover the usual influenza season.

HMN: What’s the single best thing you can do if you fall ill, with or without being vaccinated?

DOLIN: The USPHS recommends antiviral treatment if you are at high risk for complications, if you have disease that’s severe enough to require hospitalization, or if you develop any of the complications of influenza.

If you’re an otherwise healthy person who gets influenza, and you don’t have any high-risk characteristics, whether you should simply take symptomatic treatment (acetaminophen), maintain hydration and rest for a bit, or rather take an antiviral, is an individual judgment.

HMN: People do die of the flu. What do they die of?

DOLIN: There are two groups whose host defenses may be compromised: the elderly and the very young. Chronic illnesses — cardiac or pulmonary disease, diabetes, neuromuscular impairment, for example—put you at higher risk for serious complications and death.

The reasons for this are not fully understood, but they may be related to the extent of influenza infection and to the stress that it places on pulmonary, cardiac or metabolic functions.

Pregnant women are also at high risk. This may be related to impairment of immune responses to influenza infection, as well as to additional stress to cardiac and pulmonary functions.

HMN: Will there ever be one vaccine that will cover us from season to season?

DOLIN: If you could get a vaccine that would be active against all influenza strains, then not only would that protect you against a newly emerging pandemic strain, but you also wouldn’t necessarily have to get it every year. That’s the so-called universal vaccine, the holy grail. And I think there are a lot of interesting observations in the field, but most people are still saying that it’s years away.

The problem is a very interesting one scientifically, and actually relates to similar problems that we have with development of a vaccine against HIV. Influenza virus has spikes (hemagglutinins) that stick out and bind to cellular receptors. Currently available vaccines induce immune responses to the top of the spike, which are limited in that they are active only against the strain in the vaccine.

Now, at the bottom of the spike, the so-called stem, you have immunogens that induce very broad responses that will be active against multiple strains.

The problem is, it’s hard for the host to recognize that immunologically. You can chop off everything except these critical stem portions, but it still is not recognized efficiently. We have the same problem with immunological responses to HIV.

So, if one solves that, one of the major questions in immunology would be answered.

HMN: A vaccine that will protect against all strains of influenza would be ideal, but without that, we have something that does work: seasonal flu vaccine.

DOLIN: Imperfectly, but it does work. There’s nothing in the world that does what a vaccine can do. This is what we talk about in HIV and AIDS all the time. Yes, we have antiretroviral drugs, behavioral changes, circumcision and condoms. All of these things are important. But if you want to end AIDS the way you’re ending hepatitis A in the U.S., or have ended smallpox worldwide, then you need a vaccine.