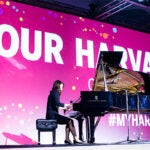 Veterans’ community service organizer to be honored on Nov. 12

The Center for Public Leadership (CPL) at Harvard Kennedy School (HKS) has named humanitarian Eric Greitens, founder and former CEO of The Mission Continues, as this year’s recipient of the Gleitsman Citizen Activist Award, which he will receive during a ceremony in Cambridge on Wednesday. The biennial award, which includes a $125,000 prize, is given to a change agent who has used unique and powerful insights about solving society’s toughest problems to shape strong, successful programs that are truly transformative.

A Rhodes and Truman Scholar, Greitens served as a U.S. Navy SEAL officer and was deployed four times during the global war on terrorism. His military awards include the Purple Heart and the Bronze Star. After his deployment to Iraq in 2007, Greitens donated his combat pay to found The Mission Continues, a national nonprofit organization that partners veterans with nonprofits to use their skills to serve communities across America. Through The Mission Continues, veterans begin to transform their own lives while building stronger communities at home.

“I’m honored to receive the Gleitsman Citizen Activist Award. It’s humbling to be recognized among so many strong leaders who have taken on tough issues and created real results,” said Greitens.

Greitens has been resolute in his commitment to create a solution to a deeply rooted social problem: finding a way to help veterans continue their strong tradition of service upon returning home, while helping them recover their sense of purpose and employing their expertise toward community development. Opportunities to get involved with the organization are made available to veterans of all eras, and include Fellowships allowing selected veterans to volunteer part-time for six months at the community organization of their choice; community service opportunities aimed at solving specific challenges in their communities; and community-wide “day of service” activities open to both veterans and non-veterans.

“I am delighted that the Gleitsman judges, acting independently, have selected Eric Greitens for this prestigious award. Eric has a dazzling record of achievement: a philosophy major at Duke, a Ph.D. in economic development earned on a Rhodes Scholarship, amateur boxing champion, international humanitarian, Navy SEAL, founder of a great veterans nonprofit, and best-selling author [‘The Heart and the Fist’],” said CPL co-director David Gergen. “The consistent thread through Eric’s life is a moral and practical commitment to the advancement of humankind. Eric epitomizes the type of leader that Alan Gleitsman originally sought to honor with this award, because his initiative continues to inspire others to act. I am sure that Alan would have loved this choice!”

Greitens has worked as a humanitarian volunteer, documentary photographer, and researcher in places such as Rwanda, Cambodia, and Bolivia, and was recognized as one of the most innovative leaders in America. In 2013, Time magazine named Greitens to its list of the 100 most influential people in the world, and most recently, Fortune magazine recognized him as one of 50 greatest leaders in the world.