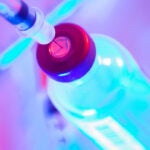 Defending against the flu

In recent years, more cases involving these rights have been decided in the courtroom, spurring questions about the effect of taking those issues out of the hands of lawmakers, both on the rights and on the courts themselves, according to Lecturer on Global Health Alicia Yamin, policy director of the Harvard T.H. Chan School of Public Health’s FXB Center for Health and Human Rights.

Court cases can stabilize the landscape around sexual and reproductive rights, but they also have the potential to destabilize it, Yamin said, citing gay marriage in the United States, where differing rulings have created uncertainty on the issue nationally.

“There’s an enormous amount of litigation that then requires some further decision: Is gay marriage going to become constitutional in this country? Is there a certain gestational age where life really begins? Is it OK for doctors to perform abortions that don’t have admitting privileges to hospitals? When do people to turn to courts to determine that — as opposed to political fora — and what’s the reason for that?”

So far, Yamin said, those with progressive views on sexual and reproductive rights have been more likely to push for court rulings, but conservatives have also had success with the option. One such case was the rejection this year by the Massachusetts Supreme Judicial Court of an abortion clinic buffer-zone law.

Among the topics covered by the conference was “lawfare” — the strategic use of court action to effect political or social change — with participants examining recent developments in Latin America, the United States, Europe, Australia, and Africa. Speakers included Mindy Roseman, academic director of Harvard Law School’s Human Rights Program, Rebecca Cook from the University of Toronto, and Roberto Gargarella of the Christian Michelsen Institute in Bergen, Norway.

The conference was organized with the FXB Center, the Harvard Law School Human Rights Program, the University of Oslo, and the Comparative Sexual and Reproductive Rights Lawfare Project at the Center for Law and Social Transformation and the University of Bergen.