The power of ‘we’ 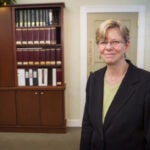 Bob Moses, A.M. ’57, the Civil Rights leader who conceived and shaped the effort in 1964 to connect black Mississippi citizens with more than 1,000 out-of-state volunteers in a grassroots voter-registration drive — Freedom Summer, as it would come to be known — returned to his alma mater to receive the eighth annual Robert Coles Call of Service Award from the Phillips Brooks House Association (PBHA) on Oct. 24.

In introducing Moses, Kenneth Reeves ’72, the former mayor of Cambridge, said he had been inspired by a deeply personal and intensely violent story. Drawing from Taylor Branch’s portrayal of the Civil Rights era in the “Pillar of Fire” trilogy, Reeves shared the story of Moses’ journey to Mississippi as a young man, traveling south from his native New York to encourage black citizens to register to vote. Eventually persuading two men to do so, Moses was walking with them to the courthouse when they encountered the local sheriff, accompanied by his son and nephew.

The sheriff asked where the trio was headed, and when Moses replied, “To register,” the sheriff drew a knife and beat Moses severely.

Moses was stunned and dazed by the vicious assault. But when the sheriff and his family left, Moses stood with the help of his friends.

“He turned to them and said, ‘We have to go and register. If we don’t do that, we have not done what we came here to do.’ When I heard about that Bob Moses, I thought … what manner of man is this,” Reeves said.

“If you get no other message from tonight, if you look around the world and you see injustice — the message of PBHA, and the message of this night, is to do something,” Reeves said.

In accepting the award, Moses, the winner of a 1982 MacArthur “genius” grant, spoke often of Abraham Lincoln, repeatedly referring to the opening lines of the 16th president’s “House Divided” speech: “If we could first know where we are, and whither we are tending, we could better judge what to do, and how to do it.”

“The conundrum, of course, was and is that two-letter word: ‘we,’ ” Moses said. Over time, “Lincoln’s conundrum refused to expire. What does it mean to be a citizen of the United States? Who are we, and what can we possibly become, if ‘we’ is the problem still?”

Despite the violence and trials that African-Americans continue to face, Moses said, he found comfort and inspiration in the preamble to the U.S. Constitution — and recommended that leaders of tomorrow do the same, urging them to work toward “a constitutional right to a quality public school education, and an affirmative, constitutional right to vote,” he said.

In welcoming Moses, Rakesh Khurana, dean of Harvard College and the Marvin Bower Professor of Leadership Development, said both Coles and Moses were “the embodiment of the mission of Harvard College, and a reminder that our mission is more important than ever … to educate the citizens and citizen leaders of our society.”

In acknowledging Coles and his dedication to PBHA, Maria Dominguez Gray ’94, the Class of 1955 Executive Director of PBHA, noted that he has served as “a volunteer, champion, guide, board member, adviser, teacher, and counselor at PBHA for more than half of [its] 110 years.”

The lecture kicked off the Phillips Brooks House Association’s anniversary celebration weekend, which included panels and a gala on Oct. 25 that brought together generations of PBHA members.