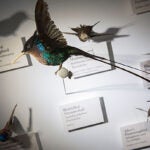 A side effect of the dramatic increase in lifespan over the last century has been the retreat of death from our daily lives. For many of us, that’s meant the luxury not to think about mortality until we have little choice.

One common result is an end dominated by costly, pull-out-the-stops medical interventions, and months or even years spent not doing the things we love with the people we love, but instead cut off from the world in an institution that even, as it provides care, represents exactly what we dreaded when imagining our final days.

It doesn’t have to be that way, says Atul Gawande, Samuel O. Thier Professor of Surgery at Harvard Medical School, professor of health policy and management at the Harvard T.H. Chan School of Public Health, and a physician at Harvard-affiliated Brigham and Women’s Hospital.

“This is a modern tragedy, replayed millions of times over,” Gawande writes in “Being Mortal,” published this month. “Our every impulse is to fight, to die with chemo in our veins or a tube in our throats or fresh sutures in our flesh. The fact that we may be shortening or worsening the time we have left hardly seems to register.”

Gawande, a staff writer at The New Yorker, takes a long look at concerns connected to end-of-life care, profiling pioneers aiming for a better way by building institutions based on the concept that a good life is not defined by health alone, but also by free will and the ability to continue to live — and ultimately die — according to what we value, even in a life of reduced alternatives.

The narrative includes personal stories, with Gawande working through the deaths of patients and family members — including his father’s passing in 2011 — as he describes an overmedicalized system that has emerged in part because of dramatic advances in recent decades.

The book builds on his interest in the fallibility of health care systems, Gawande said in an interview, and on what he sees as his own failures in guiding patients grappling with terminal illnesses and the difficult decisions about whether and when to end treatment if the benefit is questionable. As he says in the book, today’s physicians rarely have nothing left to try. By blurring the line between living and dying, modern medicine has increased the uncertainty patients and physicians face.

Institutions have been and remain part of the discussion, Gawande writes, but new kinds of facilities are dotting the landscape. Those include assisted-living homes that provide varying levels of support and continued autonomy, as well as settings that offer more intensive care, sometimes within the same facility, while preserving as much autonomy as is possible.

Gawande describes alternatives to fight-to-the-end treatment, such as hospice and palliative care, which support family members acting as caretakers and focus not on extending life, but on improving the time that remains.

When you drill down, the direction of your final days may hinge on a conversation, Gawande writes. It is a difficult conversation to initiate, but essential — more about life than death. If your days are limited, how do you want to spend them? What matters most?

What he’s learned over 200 interviews conducted across four years, Gawande said, has led him to envision his own final days and have a conversation with his wife about what matters to him — the ability to communicate with others.

“It has sharpened it a great deal,” Gawande said. “Me being able to communicate and connect with others [is important]. [If I’m a] brain in a jar, and can interact and communicate with people, keep me going. If not, let me go.”