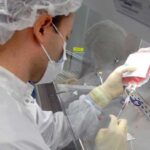 It has become common for people who have pets to refer to themselves as “pet parents,” but how closely does the relationship between people and their non-human companions mirror the parent-child relationship?

A small study from a group of Harvard-affiliated Massachusetts General Hospital (MGH) researchers makes a contribution to answering this complex question by investigating differences in how important brain structures are activated when women view images of their children and their own dogs. Their report was published in the open-access journal PLOS One.

“Pets hold a special place in many people’s hearts and lives, and there is compelling evidence from clinical and laboratory studies that interacting with pets can be beneficial to the physical, social, and emotional well-being of humans,” says Lori Palley of the MGH Center for Comparative Medicine, co-lead author of the report and a doctor of veterinary medicine. “Several previous studies have found that levels of neurohormones like oxytocin — which is involved in pair-bonding and maternal attachment — rise after interaction with pets, and new brain-imaging technologies are helping us begin to understand the neurobiological basis of the relationship, which is exciting.”

In order to compare patterns of brain activation involved with the human-pet bond with those elicited by the mother-child bond, the study enrolled a group of women with at least one child aged 2 to 10 years old and one dog that had been in the household for two years or longer. Participation consisted of two sessions, the first being a home visit during which participants completed several questionnaires, including ones that asked about their relationships with both their child and pet. The participants’ dog and child were also photographed in each participants’ home.

The second session took place at the Athinoula A. Martinos Center for Biomedical Imaging at MGH, where functional magnetic resonance imaging (fMRI) — which indicates levels of activation in specific brain structures by detecting changes in blood flow and oxygen levels — was performed as participants lay in a scanner and viewed a series of photographs. The photos included images of each participant’s own child and own dog, alternated with images of an unfamiliar child and dog belonging to another study participant. After the scanning session, each participant completed additional assessments, including an image-recognition test to confirm she had paid close attention to photos presented during scanning, and rated several images from each category shown during the session on factors relating to pleasantness and excitement.

Of 16 women originally enrolled, complete information and MR data was available for 14 participants. The imaging studies revealed both similarities and differences in the way the women’s important brain regions reacted to images of their own child and own dog. Areas previously reported as important for functions such as emotion, reward, affiliation, visual processing, and social interaction all showed increased activity when participants viewed either their own child or their own dog.  A region known to be important to bond formation — the substantia nigra/ventral tegmental area (SNi/VTA) — was activated only in response to images of a participant’s own child. The fusiform gyrus, which is involved in facial recognition and other visual processing functions, actually showed greater response to own-dog images than own-child images.

“Although this is a small study that may not apply to other individuals, the results suggest there is a common brain network important for pair-bond formation and maintenance that is activated when mothers viewed images of either their child or their dog,” says Luke Stoeckel, MGH Department of Psychiatry, co-lead author of the PLOS One report. “We also observed differences in activation of some regions that may reflect variance in the evolutionary course and function of these relationships.

“For example, like the SNi/VTA, the nucleus accumbens has been reported to have an important role in pair-bonding in both human and animal studies. But that region showed greater deactivation when mothers viewed their own-dog images instead of greater activation in response to own-child images, as one might expect. We think the greater response of the fusiform gyrus to images of participants’ dogs may reflect the increased reliance on visual than verbal cues in human-animal communications.”

Associate Professor of Psychiatry at Harvard Medical School and co-author Randy Gollub adds, “Since fMRI is an indirect measure of neural activity and can only correlate brain activity with an individual’s experience, it will be interesting to see if future studies can directly test whether these patterns of brain activity are explained by the specific cognitive and emotional functions involved in human-animal relationships. Further, the similarities and differences in brain activity revealed by functional neuroimaging may help to generate hypotheses that eventually provide an explanation for the complexities underlying human-animal relationships.”

The investigators note that further research is needed to replicate these findings in a larger sample and to see if they are seen in other populations — such as women without children, fathers, and parents of adopted children — and in relationships with other animal species. Combining fMRI studies with additional behavioral and physiological measures could obtain evidence to support a direct relationship between the observed brain activity and the purported functions.