Heenan to step down in February 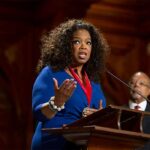 Vice President for Harvard Public Affairs and Communications (HPAC) Christine Heenan, who pushed Harvard communications fully into the digital age and led government and community affairs through federal budget cutbacks, the reboot of Harvard’s Allston relations, and other challenges, will step down as vice president in February, the University announced Wednesday.

Heenan, who will become senior communications adviser with the Bill & Melinda Gates Foundation, will continue in a part-time capacity for Harvard through the end of the academic year.

“Harvard has been greatly fortunate to benefit from Christine’s remarkable strategic sense and energetic leadership these past six years,” said President Drew Faust. “With the talented team that she has ably built and led, she has guided Harvard communications ambitiously forward into the digital era, overseen the transformation of the Harvard Gazette, strengthened essential relationships with neighbors and key officials in our host communities, and vigorously advanced the interests of higher education and research in Washington and beyond. On these matters and more, she has been a constant source of good counsel, creative vision, and spirited collegiality for all of us in Massachusetts Hall, for the deans and the governing boards, and for colleagues across Harvard.”

Faust said that she would promptly begin a process to identify a successor to Heenan.

“I’m a giant enthusiast on talent,” Desmond-Hellmann said. “We have almost ridiculous ambitions as a foundation: solve polio, get rid of inequities, work on poverty globally. So the most important thing for me is to have additional talent, and Christine is certainly a great talent to help us focus on the world’s biggest problems. I’m just excited that every time I interact with Christine, I learn something.”

Heenan said her six years at Harvard have been a time of growth, fostered by the challenges she has faced, the colleagues she has worked with, and the University’s environment of excellence.

“President Faust often talks about how Harvard stretches you and changes you,” Heenan said. “That’s true for students, but it’s also true for staff. It’s certainly true for me. Just the same way that Harvard demands your best self as a student, the pace here and the peers whom I’ve had the privilege to work with have caused me to raise my sights and up my game. It’s been a privilege for me.”

Heenan said she is proudest of the heightened integration between Harvard’s communications and public affairs in recent years, as well as the heightened emphasis on storytelling in ways that both respond to immediate developments and step back to provide broader views, through a variety of channels that reach today’s audience.

“For more of Harvard to reach more of the world is very gratifying,” Heenan said.

During Heenan’s tenure, Harvard has also strengthened important relationships with its host communities and with lawmakers and others in Washington, D.C. It has been important, she said, that Harvard’s voice be heard about higher education in general, but also that it be heard specifically on federal funding of university research — an area that has been under pressure during an era of tight federal budgets.

Also key, Heenan said, have been Harvard’s renewed efforts to participate fully in its host communities. In recent years, Harvard has employed an array of programs to open parts of the University to its neighbors and work as a partner with local institutions, extending, for example, grants and cooperative programs to local schools.

Former Boston Mayor Thomas Menino, who worked with Heenan on many University initiatives in the city, said she has a talent for communicating complex issues, an ability to bring people together, and a focus on getting things done that proved a very effective combination.

She played a guiding role in developing Harvard’s Institutional Master Plan for its Allston properties and in the successful Allston Education Portal, whose tutoring programs have the potential, Menino said, to change children’s lives, and through those actions earned the community’s respect.

“She was able to get Harvard to work with the community and the community to work with Harvard,” Menino said. “She is an amazing woman … a great friend, and she became a confidante of mine. … It’s a big loss for us, but a gain for the country.”

Heenan was tested almost immediately upon arriving at Harvard, when the global financial meltdown struck in the fall of 2008, forcing the University to cut budgets and pause development efforts in Allston.

Heenan modernized Harvard’s communications with audiences both inside and outside the University, oversaw the award-winning redesign of Harvard.edu, and transitioned the Harvard Gazette from a weekly print newspaper to an all-digital publication featuring the Daily Gazette, an email publication now reaching 130,000.

Heenan also taught a Harvard College freshman seminar on communications, advocacy, and public affairs, building on her previous role at Brown as adjunct assistant professor of public policy at the A. Alfred Taubman Center for Public Policy and American Institutions.

When asked how she might look back at her time at Harvard, Heenan said first that her “boss,” President Faust, has been “inspiring” to work for and that she’d miss her colleagues.

“One of the most enjoyable aspects of management is realizing you have surrounded yourself with people who are smarter and better than you in their domain, and that they’re in a position to teach you as much as they are to learn from you,” Heenan said. “That’s how I feel about my colleagues at HPAC, as well as communicators in the Schools and my colleagues in Massachusetts Hall.”