Funding for projects with promise 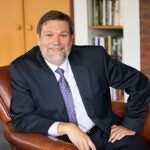 Four scientists from across Harvard will receive nearly $8 million in grant funding through the National Institutes of Health’s (NIH) High Risk-High Reward program to support research into a variety of biomedical questions, ranging from how the bacterial cell wall is constructed to how the blood-brain barrier works.

Ethan Garner, assistant professor of molecular and cellular biology at the Center for Systems Biology, will receive a New Innovator Award; Alison Hill, a postdoctoral fellow at the Program for Evolutionary Dynamics, will receive an Early Independence Award; and Chenghua Gu, associate professor of neurobiology at Harvard Medical School, and Donna Spiegelman, professor of epidemiologic methods at Harvard T.H. Chan School of Public Health (HSPH), will both receive Pioneer Awards.

“Supporting innovative investigators with the potential to transform scientific fields is a critical element of our mission,”’ said NIH Director Francis S. Collins. “This program allows researchers to propose highly creative research projects across a broad range of biomedical and behavioral research areas that involve inherent risk but have the potential to lead to dramatic breakthroughs.”

“When I heard [about receiving the grant], I was very excited, but also very humbled and relieved,” Garner said. “This is a fortunate grant to get in the current funding climate, as both NIH and universities are cutting back on funding research.”

Garner, who will receive $300,000 a year over five years, said the grant will allow him to investigate the machinery that builds the cell wall that surrounds bacteria.

The hope, he said, is that a better understanding of that machinery — both how it works and how cells use it to protect themselves — could lead to the development of new antibiotics that target previously unidentified weak points in the system.

“This grant will allow us to do a systematic study of bacterial growth to not only understand how this machinery works, but also to learn how the cell controls it [i.e., what dials does the cell turn to grow faster or slower],” he said. “More importantly, this grant will allow us to figure out how bacteria ‘re-tune’ this machinery to protect themselves [or repair their wall] when they are stressed or when they are exposed to antibiotics.”

Hill plans to use her grant — $250,000 a year over five years — to fund a small research group, including research assistants, students, and postdocs, to develop new tools to help in the search for a cure for HIV/AIDS.

“HIV can currently be effectively treated with combination antiretroviral therapy, but these drugs do not cure the infection and must be taken for life,” Hill said. “As a result, treatments are expensive and cumbersome, especially for patients in the developing world.

“New therapies are being developed to eliminate the virus from patients and provide a cure, but their effects are currently very difficult to forecast or quantify,” she continued. “My work aims to develop mathematical and computational tools to help predict and interpret these new curative strategies for HIV, and therefore speed up their deployment.”

Hill, who only found out about the grant days before the application was due, said she was shocked to receive the award.

“A number of scientists I really look up to have been previous recipients of these awards,” she said. “I never thought I’d be one of them!”

Gu hopes to use the grant — $500,000 a year for five years — to develop two new technologies aimed at helping researchers better understand the blood-brain barrier (BBB).

“The blood-brain barrier is the gatekeeper for the brain so that the brain can function in a protected environment,” Gu said. “On the other hand, it is also a major obstacle for drug delivery to the central nervous system.

“Remarkably, little is known about the molecular and cellular processes that define the blood-brain barrier function,” she added. “The major impediment to understanding the BBB is identifying its essential constituent and unraveling the mechanism by which these key regulators control BBB function. New tools thus are needed for understanding the BBB.”

“This integrated approach will address fundamental questions about the regulation of the BBB, which will then lead to more effective therapeutic strategies and specific targets for BBB restoration and manipulation,” Gu said.

As the first epidemiologist and biostatistician, and the first faculty member of any school of public health to receive an NIH Pioneer Award, Spiegelman said she hopes her award paves the way for others in her professions going forward.

“In addition, I hope that these firsts are a harbinger of an increasing focus at the National Institutes of Health on public health itself,” she said. “Of course, basic science and clinical research are of critical importance, but a … greater focus on public health inquiry would open up vast areas of opportunities for discovery among scientists, epidemiologists, statisticians, and other public health professionals.”

Spiegelman’s plans for the grant — $500,000 annually for five years — focus on the development of new methods needed to advance the field of implementation science, a field that seeks to identify the most effective public health interventions, with a particular focus on environmental health, nutrition and chronic disease, and HIV/AIDS.

To that end, Spiegelman plans to convene a stakeholders advisory board (SAB), to be chaired by Julio Frenk, dean of the HSPH and T & G Angelopoulos Professor of Public Health and International Development. The group’s annual meetings will be used to identify the most pressing methodological questions confronted by researchers studying implementation science.