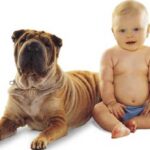 Mammoth DNA in recovered cells frozen for thousands of years is likely too fragmented to clone an animal, according to Harvard geneticist George Church. So he’s working instead to engineer one genetically from a close relative, the Asian elephant.

Genetic studies have shown that the Asian elephant is more closely related to the extinct mammoth than to its closest living relative, the African elephant. That provides scientists with the basic stock to build a mammoth, said Church, the Robert Winthrop Professor of Genetics at Harvard Medical School.

“The Asian elephant and the mammoth are really close, closer than the African elephant,” Church said during a lecture yesterday. “We’re assuming that the Asian elephant is basically right, a mutant [mammoth] that has a problem living at minus 50 C.”

Church acknowledged there are important differences between the two animals and said current efforts are aimed at one key contrast: cold tolerance. Increasing that in Asian elephants would mean changing several traits, such as adding a double fur coat and a thick layer of fat to keep out the cold, and reducing ear size to cut heat loss. Church said researchers are testing possible changes in lab cultures and are still several years from trying them out in an elephant.

Church’s mammoth work is part of a kaleidoscope of research efforts fueled by genetic engineering, he said. While health and medical goals are driving down the price of genome analysis and fostering the development of new technology, some of the most far-reaching applications — like resurrecting the mammoth and other extinct creatures — lie outside human health.

Another potential non-medical use involves using genetic engineering to manage existing species, such as building malaria resistance into mosquitoes to minimize the human suffering the disease causes, or “de-evolving” the herbicide resistance weeds develop over time to restore a herbicide’s effectiveness.

Church spoke at the Harvard Museum of Natural History, one of the Harvard Museums of Science & Culture (HMSC). His presentation, “Adapting Species to a Changing World: The Potential of Genome Editing,” was before a crowd of several hundred in a packed Geological Lecture Hall. He was introduced by HMSC Executive Director Jane Pickering.

Though much of Church’s talk focused on “de-extinction” and the genetic engineering of species, he also discussed the primary goal of such technology: improving human health. With the cost of decoding the genome having dropped from $3 billion to $999, cheap, widespread genetic analysis may help people understand their risk for genetically influenced ailments. Rapid, portable analysis could be used in the environment to detect potential infectious agents, and in the doctor’s office to guide more effective care.

Church acknowledged that many medical conditions have a complex genetic background and are influenced by several genes — sometimes even several hundred genes — but said there can be a relative handful that outstrip others in importance and so provide therapeutic targets. For example, height has been shown to be influenced by 700 genes, but just a couple, affecting growth hormone production and use, are known to have a sizeable effect on getting taller.

In addition, he said, genetic investigation has uncovered some mutations that are protective against certain ailments, such as type 2 diabetes, heart disease, cancer, or Alzheimer’s. Some mutations provide physiological advantages, such as resistance to viral infection, extra-strong bones, or lean muscles.

Genome editing, he said, one day may be used to provide protection against viral diseases such as Ebola or become a source of transplantable organs by engineering them from an animal host. A pig kidney, for example, is a relatively close match to a human one, but would have to be engineered to mute the human immune response. That development could provide a solution for the 4,000 people each year who die while waiting for kidney transplants, Church said.

A major current application of the technology occurs in the lab, where human tissues engineered to represent various organs or diseases are available to help researchers understand particular illnesses or test drug candidates.

Church addressed some objections that genetic engineering may be too risky, morally objectionable, or pointless, in de-extinction’s case, because the habitat for extinct animals is gone or degraded.

Each concern has to be considered carefully, he said. There are many potential risks to releasing a genetically engineered organism into the wild. The risks have to be weighed against the potential good to be done, and then reduced as much as possible. From an ethical standpoint, what is appropriate continually evolves. A few decades, ago a “test-tube baby” was viewed with apprehension — until the first one was born. Now in vitro fertilization is widely offered and considered a viable and common way for infertile parents to have children, Church said. The key factor in many technologies, he said, will be whether they are safe and effective.

With respect to mammoths and other extinct animals, Church argued that in some cases extinction is as much an act of human will as anything else. The North American bison survived because a handful of people decided it should be saved. That was not the case with the passenger pigeon.

Furthermore, Church said, the return of the mammoth could restore to an ecosystem a creature that played an important role by eating dead grass and clearing the way for new growth. He cited a study that indicated mammoths and other grazers may keep the tundra colder, a potentially important service in an age of global climate change, particularly when an enormous source of the greenhouse gas methane is locked up in permafrost.

“Letting the tundra melt is equal to burning all the forests of the world 2½ times,” Church said.