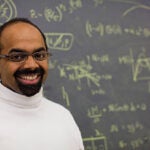 It is a deadly virus, killing more than half the people it infects. It originates in bats, crossing into humans who come in contact with them. It first causes fever, as do many other ailments, leaving health care workers with few early hints that they’re dealing with something contagious and potentially deadly.

“It” shares many characteristics with the Ebola virus rampaging through West Africa, but is called Nipah, after the village in Malaysia in which it was first detected in 1998. In 2001, it spread to one of the world’s most densely populated nations, Bangladesh, which packs 150 million people into a space the size of Wisconsin. Two hundred and eighty cases were detected through July of this year, 198 of which were fatal, a 71 percent mortality rate.

But Richard Cash, a senior lecturer on international health at the Harvard School of Public Health, said there are lessons to be learned from Bangladesh’s medical response, which included investigations to understand the disease’s spread from bats to humans, early detection efforts, and education-related messages aimed at curbing its spread. The treatment efforts also involved having a team of anthropologists design interventions appropriate for local cultures, so they would be most effective.

Cash, who spoke Thursday during a brown-bag talk at HSPH’s Department of Global Health and Population, said part of the thinking on the response stemmed from a scientific understanding of how the ailment spread from the giant fruit bats that visit the region’s date palm trees. He also said that by itself, understanding the biology isn’t sufficient. Getting local people involved, soliciting their concerns, and devising interventions that acknowledge their culture, tradition, and longstanding habit is key. Also important is getting and taking into account the input of health workers, who may be afraid to treat someone with an unknown, deadly ailment.

“You have to deal with all of these, if you want the system to function,” Cash said.

In the initial outbreak in Malaysia, 240 people died, a 40 percent mortality rate. The route of infection led from the region’s giant fruit bats to the nation’s massive pig farming industry via infected fruit, which was bitten or licked by the bats and then fell into pens or fields where the pigs were held. The pigs ate the fruit.

The disease spread to people through workers in pig slaughterhouses. Worried Malaysian health officials were able to halt the outbreak, but only after taking the drastic step of slaughtering all of the nation’s pigs.

Nipah has since been detected in a handful of other nations, including Bangladesh, where Cash has worked for years. In Bangladesh, its spread was again traced to fruit bats, though the ailment infected people through a different route. Transmission to humans came through the practice of harvesting date palm sap in much the same way that maple sap is harvested in New England for syrup. The palm sap is sold fresh and widely consumed as juice.

Investigation showed that the bats would fly to the trees and lick the date palm juice, infecting the containers hung on the trees to collect the sap, Cash said.

Health officials had several options to curtail the disease, Cash said, including killing all the bats, banning the sale of date palm juice, or boiling it to kill the virus. These were rejected, in the first case because of the environmental cost, and in the others because such top-down interventions would probably have been ignored.

Instead, public health officials employed anthropologists’ expertise and consulted widely. The result was a plan to use bamboo mats to cover the collection jars, which kept the bats away. The officials also stepped up efforts to detect cases early and designed a series of public health messages appropriate for the local population. The messages warned against sharing food with sick people or eating their leftovers. The messages also advised people not to share beds with sick people or, if they must, to sleep with their backs to them so transmission was less likely. People also were told to wash their hands after caring for the sick.

Should Ebola arrive in Bangladesh, Cash said, there are both worrisome and hopeful factors present. The nation’s dense population and relatively good road system raises concerns about a rapid spread. But a stronger health care system than in West Africa, where the recent civil war destroyed health infrastructure, has kept Nipah in check, which suggests that the outcome of an Ebola outbreak there might be more favorable.

Whether or not Ebola spreads further, Cash said, diseases like it and Nipah will continue to cross from animals to humans, and public health officials should ferret out the lessons available in nations like Bangladesh.

“This isn’t the last of these outbreaks,” Cash said. “How will we deal with those others in West Africa, in Central Africa, or the other great population centers of the world?”