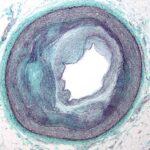 Patients lay on the ground outside an Ebola treatment center in the Liberian capital of Monrovia. They were sick and waiting for admittance, which all too often meant waiting for someone to die to make room.

Inside, health care workers were doing the best they could, but the gulf between what they needed and what they had was apparent. There were too few staff members working with too few supplies, including protective equipment. It was particularly heartbreaking because the visitors, Harvard-affiliated physicians on a planning trip for a major scale-up of Ebola treatment, had themselves toiled at times in forgotten places with scant help and lives in the balance.

The mid-September trip to Liberia and Sierra Leone was prompted by a new collaboration among three nonprofits founded by Harvard-affiliated doctors, part of a push to gain ground on an epidemic that is threatening to spin out of control.

The collaboration, which is being coordinated with the United States and governments in Liberia and Sierra Leone, will send hundreds of trained health care workers into the field and create treatment and testing facilities where none currently exist. The effort comes amid an alarmingly rapid rise in case and mortality estimates. In separate reports, the U.S. Centers for Disease Control and Prevention and the World Health Organization warned recently that without stepped-up intervention, the 6,200 cases so far could balloon to 20,000 by early November and, in a frightening worst-case scenario, 1.4 million by the end of January.

The new initiative is being led by Boston-based Partners In Health (PIH), a global organization with close ties to Harvard Medical School (HMS) and the Harvard T.H. Chan School of Public Health and co-founded by Kolokotrones University Professor of Global Health and Social Medicine Paul Farmer.

Joining Partners In Health are two nonprofits whose efforts have been focused at the community level in rural locations: Last Mile Health in Liberia, founded by Rajesh Panjabi, an instructor in medicine at HMS and at Brigham and Women’s Hospital; and Wellbody Alliance in Sierra Leone, co-founded by Sierra Leonean physician Mohamed Bailor Barrie, a graduate student at HMS this year.

During the recent trip, representatives of the collaboration, including Farmer, Panjabi, and Associate Professor of Global Health and Social Medicine Joia Mukherjee, met with ministry of health members and President Ellen Johnson Sirleaf of Liberia as well as officials from the U.S. Department of Defense, which has been tasked with building Ebola treatment centers in the region.

Mukherjee, who is also Partners In Health’s chief medical officer and a physician at Brigham and Women’s, said that Partners In Health will provide the expertise to run treatment centers in Liberia and Sierra Leone. Operating the four planned 50-bed centers will involve Partners In Health personnel, but will also require significant contributions from volunteers, being recruited now, as well as additional fundraising.

In supplies alone, Mukherjee said, there is a gap of 2.5 million pieces of equipment, such as gloves, masks, and protective suits. The fight against Ebola, she said, calls for going beyond the disease itself to strengthening underlying health care systems, which were weak before the epidemic and are in danger of crumbling under its weight.

She said more effective care will help dispel the stigma around the disease and encourage people to seek treatment, bolstering contact tracing and quarantine efforts.

“We feel that this is the worst health crisis of our time. We have a lot of experience treating infectious diseases and we are anxious to help in this setting.”

With 60 percent of Liberians having no access to care, the number of cases has likely been vastly under reported, Panjabi said. The goal is to have all cases reported, a death rate below 50 percent, and safe conditions for health workers.

“This is the worst outbreak that we know of in recent history. The virus is outpacing the response to the level that I would describe as a pea shooter facing a raging elephant,” Panjabi said.

The workers will reach communities in Grand Gedeh and nearby Nimba County. The organization will also provide support for 18 community health centers in Grand Gedeh and for a yet-to-be determined number in Nimba. An important aspect of the expansion, Black said, is that workers will, over time, be trained against some of the other major health issues in the region, improving the wider system.

“Ebola is killing people at this moment, but so is malaria, so is HIV, so is diarrhea in children, so are pregnancy-related complications,” Black said. “The goal is that this is really going to strengthen the health care system.”

Wellbody Alliance operates in Sierra Leone’s Kono District. Three weeks ago there was just one case in the area, Barrie said. By late September there were 18 confirmed and 67 suspected cases. If just three or four patient contacts develop the disease and are not quarantined and treated, the epidemic could quickly escalate.

Wellbody and Partners In Health plan to set up 20 isolation units in Kono to provide initial quarantine of suspected infections. Backed by Partners In Health’s 50-bed treatment facility and by faster testing, Wellbody hopes to reduce both the wait for testing and travel time for treatment.

Health workers are in a better position to engage with and educate family members when isolation units are local, Barrie said.

“We’ve seen a huge increase in the infection rate in Kono,” he said. “Things need to be done now.”