On climate, ‘do no harm’ 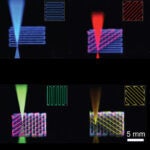 An introduction to rebuilding the body

Stavins says flexibility should be paramount in next climate agreement

First, do no harm.

As world leaders gather at the U.N. Climate Summit in New York this week, Harvard environmental economist Robert Stavins says the next major global climate agreement should heed that age-old admonition to physicians, and make sure that its provisions don’t hamstring budding market-based solutions to curbing the excess carbon pouring into the atmosphere.

Stavins, the Albert Pratt Professor of Business and Government at the Harvard Kennedy School and director of the Harvard Project on Climate Agreements, was in New York today to brief government and business leaders on a new study by the project that suggests ways that the next international agreement might help slash carbon emissions by fostering a global carbon market.

Stavins discussed the report during an afternoon symposium at the Harvard Club of New York City that was sponsored by the project and by the International Emissions Trading Association. Stavins said during an interview before the event that the next agreement should have flexibility to allow nations to come up with their own plans. He added that “linkage,” or the ability of those plans to work with each other, is key.

While linkage may seem like a minor technical detail, Stavins said that’s far from the case. In fact, linkage is critical to the success of these schemes because it allows efficiencies and inefficiencies in different parts of the market to balance each other out. That lowers both prices and the economic impact of reducing carbon, which are paramount concerns of negotiators.

“In our view, and in the view of a lot of people, in order to get an international agreement of any ambition, it has to be cost effective, and it is necessary to have linkage across borders,” Stavins said.

One example of linkage might involve a company that is particularly efficient at cutting its carbon emissions. Under a cap-and-trade plan, that company would have permits to emit a certain amount of carbon. If it emitted less, it would be free to sell the excess permits to another company struggling to curb its emissions — even one in another country, if the markets are linked. That would allow the local company to reap an economic benefit for its carbon-cutting actions even as it provides an economic incentive for the other company to clean up its act.

The climate summit features a meeting of world leaders with U.N. Secretary General Ban Ki-moon, with additional climate-related events throughout the week. The summit is intended to focus global leaders’ attention on climate and the meeting in Paris scheduled for late next year. Climate negotiators want to finalize a new climate agreement, a deadline for which was set during the 2011 meeting in Durban, South Africa.

The Harvard Project on Climate Agreements’ report acknowledges that negotiations toward a new agreement are in an early stage, but it also said that it seems likely the 2015 agreement will include a mix of both top-down (such as monitoring, reporting, and verification of progress toward goals) and bottom-up elements (such as allowing nations to determine their own contributions — including targets and ways to attain them — toward global carbon reduction goals).

It is also likely that market-based solutions will be in the mix — several are already in place — and the report says the 2015 agreement should foster the success of those efforts by allowing them to link, even if they aren’t designed in exactly the same way.

To be avoided, Stavins said, is the idea of “supplementarity,” which has been floated by some nations. Supplementarity would require that each nation’s goals be achieved within its own borders.

The report also says that using common units and key terms across nations is important, as is creating registries and tracking to ensure the systems are functioning properly. The report said that developing model rules can help nations navigate some of the more technical aspects of setting up such a system, while allowing nations to deviate as they need.

Stavins said it will be challenging to hammer out an effective, acceptable climate accord by the Paris talks, but the chances are better now than they have been for some time.

“The likelihood now of success is greater than it has been in the last 20 years, back to the time of the Kyoto Protocol,” Stavins said.

The Harvard Kennedy School interviewed Professor Robert Stavins for his perspective on the U.N. meeting.