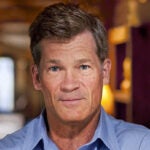 HiTS is leading efforts to reinvent how we discover and evaluate therapeutic drugs and medical devices. Heading this effort is Peter Sorger, the Otto Krayer Professor of Systems Pharmacology at HMS and principal investigator on the new grants. The funding supports new research and education programs involving collaborations among research faculty and physicians at HMS and other Harvard Schools, HMS-affiliated hospitals and research institutes, government agencies, the pharmaceutical industry, and other Boston-area universities.

“I am thrilled by the new science these grants will enable,” said Sorger. “If we want to truly advance knowledge about how drugs work — and sometimes do not work — in individual patients, then a new approach grounded in quantitative thinking and computational modeling is urgently needed. These grants will make it possible to assemble a multidisciplinary team of investigators from leading research institutions and focus them on the outstanding challenge of our day: effective and safe personalized therapy at a cost society can afford.”

The four awards include the following:

The Big Mechanism program aims to change the way we manage our knowledge of biological processes. Current models for imaging and modeling scientific activities in life sciences are static and only as “smart” as their creators. Big Mechanism convenes experts in systems biology, natural-language processing, and computer science to create an open-source software environment that can cull existing biological information and assemble dynamic models of cancer networks. These new models are designed not only to explain current behaviors of cancer cells, but also to predict new behaviors that haven’t yet been described. These new models will be live, kinetic, and able to “learn” as knowledge advances. All software developed at HMS is open-source and freely available to the community.

This grant from the National Institute of General Medical Sciences (NIGMS) establishes the Laboratory of Systems Pharmacology as a national center of excellence. This funding will support the efforts of the lab’s faculty from eight different Boston-area institutions to investigate drug action at a single-cell level, develop a rational approach to combination therapy, and identify and qualify new drug targets. Central to the program are training, education, and community-outreach activities, including the training of students in the newly established HMS Therapeutics Graduate Program and the Conference on Systems Biology of Human Disease, held annually in Boston.

Many of the drugs most commonly used worldwide are poorly understood. What’s more, when drugs fail in clinical trials, the mechanisms of failure are rarely investigated. The Library of Integrated Network-based Cellular Signatures (LINCS) seeks to understand fundamental principles of how individual cells and whole populations of cells respond to drugs, by themselves and in combination. LINCS investigators will work with cancer cells, stem cells (adult, embryonic and induced), immune cells, liver cells, and neural cells, characterizing responses at both the molecular and phenotypic level, paying particular attention to how drugs affect vast and complex cellular networks and pathways. To do this, new measurement technologies will be developed and applied and then linked together using sophisticated computational methods. All data will be publicly available to the scientific community.

Before any drug candidate is even considered for a clinical trial, it must be deemed safe. But many current methods for testing toxicology are crude and cannot identify the molecular basis for adverse reactions. Investigators at HMS and HMS-affiliated hospitals will develop tools with the potential to link systems toxicology at the cellular level to clinical phenotypes. The tools, which comprise both computational methods and cell-culture platforms, will measure toxicology from a network perspective, by examining varieties of interactions and processes within the cell. At first, the researchers will focus on heart cells, then on kidney and liver cells. The FDA contract is the first of its kind funded on the HMS Quad. Under this mechanism, support beyond the base period is contingent upon successful completion of milestones. The goal of these efforts is to detect and potentially predict harmful reactions in humans early in drug development, ultimately synergizing with efforts at Harvard’s Wyss Institute for Biologically Inspired Engineering to develop new organ-on-a-chip technologies.

“The challenges of drug discovery, from basic research through regulatory science, require team efforts,” said Vishal S. Vaidya, HMS assistant professor of medicine at Harvard-affiliated Brigham and Women’s Hospital and co-principal investigator on the FDA grant. “We are very grateful to the FDA for supporting a broad spectrum of activities needed to fundamentally advance our understanding of adverse drug effects and realize our vision of making next-generation therapeutics not only more effective but also safe.”

The bulk of the work supported by these grants will occur in the new Laboratory of Systems Pharmacology, which was just completed using funding from a Massachusetts Life Sciences Center capital grant. A celebration for the grand opening of the lab will be held Sept. 24 in the Armenise Building at HMS. Speakers will include representatives from the office of the governor of Massachusetts; Susan Windham-Bannister, president and CEO of Mass Life Sciences Center; and Joshua Boger, founder of Vertex Pharmaceuticals.

“Had we not received this grant from the state, there would be no Laboratory of Systems Pharmacology,” said Sorger. “We are hugely grateful for the opportunity the commonwealth has provided, and excited by the discoveries that lie ahead.”