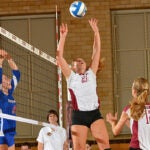 Harvard University will announce today a $350 million gift — the largest in Harvard’s history — to support efforts at the School of Public Health (HSPH) to tackle the world’s toughest health challenges.

The gift comes from Newton, Mass.-based The Morningside Foundation, established by the family of the late T.H. Chan, which has focused its philanthropy primarily on education, health, and faith-based organizations in North America and Asia. The gift will also lead to the renaming of the School, which will be called the Harvard T.H. Chan School of Public Health.

Harvard School of Public Health Dean Julio Frenk said the gift will focus on four global health threats: pandemics old and new, such as malaria, Ebola, cancer, and obesity; harmful physical and social environments such as those resulting from tobacco use, gun violence, and pollution; poverty and humanitarian crises such as those stemming from war and natural disasters; and failing health care systems around the world.

“The Chan family’s commitment to education and their belief in the power of public health is an inspiration, and their generosity will ensure we have the resources to continue to develop the most innovative solutions that will enable millions of people to live longer and healthier lives, now and in the future,” Frenk said.

Harvard President Drew Faust said the gift signals that this is a “public health moment,” a time of action and opportunity to improve people’s health and lives around the world.

“The field of public health drives discoveries that lead to healthier, longer, more-productive lives,” Faust said. “This extraordinary gift from the Chan family will enable Harvard’s School of Public Health to tackle intractable health problems and to translate rigorous research into action and policy worldwide. The Chan family’s generosity sends a signal to the world: This is the public health moment. We are honored by this gift. It will inspire a new generation of public health leaders.”

The $350 million gift was formally announced during an event live-streamed from the School today at 12:30 p.m. The donation comes as part of The Harvard Campaign, a seven-year, $6.5 billion fundraising effort that kicked off its public phase a year ago and which by the end of May had raised more than $3.8 billion from more than 100,000 donors.

Gerald Chan, a director of The Morningside Foundation who received master’s and doctorate degrees from HSPH in the 1970s, said his father was a “staunch supporter of education” and would be pleased with the gift.

“On behalf of my mother and my brothers, I want to express how pleased we are that the legacy of our late father can be honored by this gift to HSPH,” Chan said. “He was a generous man who was a staunch supporter of education. He also wanted to support scientific research to alleviate human suffering. He would be very pleased with this gift today and all the good works that this gift will enable.”

The gift, which will be added to the School’s endowment funds, is the second The Morningside Foundation has given to the School. In 2012 it endowed a professorship in radiobiology.

Meredith Rosenthal, professor of health economics and policy and the School’s associate dean for diversity, said the gift is “unprecedented” in size and can transform what the School does, how faculty and students work, as well as allow HSPH to bring in a more diverse population of faculty and students.

Rosenthal said that increasing diversity has always been a priority at the School, but the gift could allow HSPH to increase support for qualified students from lower socioeconomic backgrounds and from developing nations. Such support, she said, would allow such students to graduate from HSPH and return home to work free of the burden of loans.

Another possible impact would be to lessen dependence on government research grants that finance much of the work at HSPH. Though grants allow research to move forward, they also keep faculty members focused tightly on specific work, Rosenthal said. Additional funding, she said, could enable more collaboration across disciplines, potentially fostering new approaches and problem-solving.

However it is used, Rosenthal said she believes the gift represents the donor’s commitment, not just to HSPH, but to the importance of improving health around the world.

“This gift is really a commitment to population health on a global scale,” Rosenthal said. “We are incredibly privileged at the Harvard School of Public Health to get it.”

David Hunter, the Vincent Gregory Professor in Cancer Prevention and the School’s dean for academic affairs, said faculty and students will see changes from the funds in several ways. Not only will the money help hire faculty at the top of their fields and reduce the financial burden on talented but disadvantaged students, it will support changes to the doctoral program and boost a fund to provide initial support for research not ready to qualify for more traditional grant programs.

In his own research field of cancer prevention, Hunter said the gift sends a message that prevention is critical, particularly because the number of people with cancer is expected to double worldwide in the next 25 years. It also provides encouragement to faculty and students that they will have the resources over time to address the daunting, globe-spanning problems on the world’s health agenda, he said.

“Each of these areas represent major, complex problems in the world for which simple solutions are not available,” Hunter said of the School’s four areas of emphasis for the gift. “A gift like this really helps us organize for the long term, but gives us confidence we can make near-term progress … and faculty and students can commit themselves to finding solutions to those problems.”

As academic dean, Hunter said he was particularly gratified that the gift came from an alumnus, illustrating the link between the School, its students, and its alumni community, and linking the past and the future.

The four areas identified by Frenk encompass some of the most pressing challenges the world faces in any field and areas where HSPH faculty members are already at work.

Global pandemics include both old ailments, like malaria, which has been around for millennia and still kills hundreds of thousands annually, and new ones that take their own deadly toll, like AIDS, SARS, and Ebola. It also includes noncommunicable diseases such as cancer, and conditions related to lifestyle, such as obesity and diabetes.

HSPH researchers are already at work in many of those areas: Richard Pearson Strong Professor of Infectious Diseases Dyann Wirth focuses on malaria, heading the Harvard Malaria Initiative, while Mary Woodard Lasker Professor of Health Sciences Max Essex’s contributions to fighting AIDS continue to mount through the Harvard School of Public Health AIDS Initiative he heads and its Botswana-Harvard AIDS Institute Partnership. Fredrick Stare Professor of Epidemiology and Nutrition Walter Willett and data from the long-running Nurses’ Health Study and related surveys, meanwhile, shine a bright light on diet and nutrition.

A second major focus includes ills related to physical and social environments, such as gun violence, tobacco use, and substance abuse, as well as environmental issues such as air and water pollution. Associate Dean Jay Winsten and the Center for Health Communication he directs are following on the dramatic success of the center’s designated driver campaign in the late 1980s and early 1990s. Now it is working to end distracted driving caused by cellphones and other technology in automobiles, which killed 3,328 in 2012 alone, according to the National Highway Traffic Safety Administration.

Failing or nonexistent health care systems are a major source of suffering not just in the U.S., but also around the world, where they mainly affect the global poor, who die from infection, disease, childbirth, and other causes that rarely kill in developed nations. Faculty research seeks to address the problem in a variety of ways, while initiatives such as the Ministerial Leadership in Health Program, a joint program between HSPH and the Harvard Kennedy School led by Executive Director Michael Sinclair, aim to strengthen health care systems by strengthening leaders to better meet the steep challenges they face and expand access and quality of care, both domestically and internationally.

Humanitarian crises, whether from war, natural disaster, or other causes, remain a significant source of human suffering and another key area of emphasis for HSPH moving forward. The Harvard Humanitarian Initiative, headed by Professor of Global Health and Population Michael VanRooyen, and the FXB Center for Health and Human Rights, led by François-Xavier BagnoudProfessor of the Practice of Health and Human Rights Jennifer Leaning, are just two organizations based at the School that foster research and teaching to both improve the response to large-scale humanitarian crises, such as the 2010 Haiti earthquake, and instill the idea of health as a basic human right, applicable to Syrian refugees living in Lebanon, enslaved laborers in factories and fields around the world, and exploited and trafficked women and children.

“The Chan family’s transformational gift will help us empower current and new generations of talented and diverse students and faculty to address the complex health threats challenging the U.S. and the world,” Frenk said.