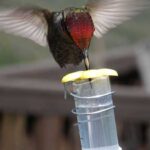 Normally, the lining of blood vessels, or endothelium, acts like Teflon when at rest, ignoring the many cells and other factors rushing by in the bloodstream.

But in response to inflammatory signals, as well as other stimuli, endothelial cells change suddenly and dramatically — sending out beacons to attract inflammatory cells, changing their surface so those cells can stick to and enter tissues, and initiating a complex cascade of responses essential to fighting infection and dealing with injury.

Unfortunately, these same endothelial responses also promote atherosclerosis, the build-up of plaque in arteries that cause heart attacks, strokes, and other inflammatory diseases.

A study led by researchers at two Harvard affiliates, Brigham and Women’s Hospital (BWH) and Dana-Farber Cancer Institute, is the first to demonstrate that BET bromodomain-containing proteins help execute inflammation in the endothelium while inhibition of BET bromodomain can significantly decrease atherosclerosis in vivo.

The study was published online Sept. 25 in Molecular Cell.

‘We have identified a set of compounds we developed initially for cancer that halt the progression of coronary disease.’ — James E. Bradner

“By using tools that interrogate the entire genome, it has been exciting to uncover how inflammatory signals known to promote atherosclerosis employ BET bromodomain-containing proteins as an epigenetic means of directing entire programs of endothelial gene expression,” said co-corresponding senior author Jorge Plutzky of BWH Preventive Cardiology, an associate professor of medicine at Harvard Medical School (HMS). “BET bromodomain-containing proteins have been studied in cancer for some time, where they are in therapeutic trials, but now we have mechanistic evidence for how BETs and their inhibition can impact endothelial inflammation and atherosclerosis.”

Looking at the epigenome of endothelial cells, researchers sought to get a better understanding of the inflammatory response responsible for the initiation of atherosclerosis by characterizing the dynamics, structure, and function of the elements that regulate the response. This work involved harnessing the expertise of different teams of researchers, including James E. Bradner of Dana-Farber Cancer Institute, who developed one of the first BET inhibitors.

“This research demonstrates how environmental influences lead to dynamic changes in genome structure leading to disease states, here the inflammation associated with heart disease,” said Bradner, an associate professor of medicine at HMS. “Further, we have identified a set of compounds we developed initially for cancer that halt the progression of coronary disease. These unexpected findings exemplify the very best outcome of open, interdisciplinary science.”

In preclinical models, the researchers found that activating NF-kB, a canonical mediator of inflammation, rapidly redistributed the BET protein known as BRD4 to chromosomal sites where super enhancers driving expression of nearby inflammatory genes are located. Bromodomains are amino acid regions that bind to specifically modified sites on histones, the proteins around which DNA is coiled. By binding to these amino acid regions, BET bromodomain inhibitors block the assembly of protein complexes that drive expression of certain genes. In these studies, inhibiting BET bromodomains turned off an inflammatory program in human endothelial cells, decreased white blood cells adhering to endothelial cells, and decreased atherosclerosis in mice.

“By offering new perspectives on transcriptional programs in inflammation and atherosclerosis and how to identify previously unrecognized players in those responses, these studies can offer new therapeutic approaches for atherosclerosis and other inflammatory conditions,” said Plutzky. “It also shows what collaborative teams thinking about completely different disease states can uncover by working together.”