A leap for the Loeb 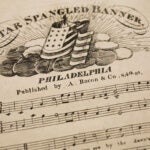 More than 100 years ago, when the Harvard alumnus James Loeb founded the Loeb Classical Library (LCL) “to make the beauty and learning, the philosophy and wit” of the ancients accessible to the modern world, he had a thought for aesthetics and convenience, seeing to it that the volumes were typographically elegant and compact enough to slip into “a gentleman’s pocket.”

Now it appears he is about to be outdone, as the trustees of the Loeb Classical Library Foundation have joined with Harvard University Press to put all 520-plus volumes within reach of anyone, even non-gentlemen, with any connected device anywhere, for a fee.

“This was one of those things where you look around the table and say, this is the time to do it,” Jeffrey Henderson, general editor of the LCL since 1999, said of the five-year, $1 million effort that duplicates the renowned print works without compromise, retaining the traditional facing-page format of original text alongside translation, as well as the familiar red-and-green color scheme. The first day of this new world is Monday.

“Print is still very useful, volume by volume,’’ said Henderson, a classics professor at Boston University. But digital “gives people the opportunity to do something we can’t do with the print version.’’

Indeed. At loebclassics.com, users will be able to read the complete texts just as they appear in print, including all footnotes, tables, maps, and indexes, and with a Greek keyboard at the ready as well as personal workspace. Annotating, bookmarking, browsing, organizing, sharing, and toggling between reading modes — single- or dual-language — await readers, who are apt in this new dimension to come across material they might not have been looking for.

“It’s even happening to me,” Henderson said. “I’ve been held up in my technical work by finding things I hadn’t read before.’’

Richard P. Martin, a classics professor at Stanford, said that the promised features will allow “the types of investigations that immerse students in a culture,” serving up any name, word, place, or concept “throughout 1,200 years of ancient writings, whether it’s ‘cuttlefish’ or ‘constitutions.’ ” Searchability, he said, is the “great leap forward.”

According to Henderson, the digital Loeb is the first such program to search for translations, a boon to philosophers, historians, architects, and others who might not read Greek or Latin (Martin widened that group to most course students these days). The translations will also be of a finer quality than what is generally available on the Internet, both professors said.

Gregory Nagy, the director of Harvard’s Center for Hellenic Studies, in Washington, D.C., and a classics professor at the Cambridge campus, said that Henderson “has done a wonderful job of this.” He also credited Richard F. Thomas, a Harvard classics professor and Loeb executive trustee, and Sharmila Sen, executive editor-at-large of Harvard University Press. Thomas in particular, he said, has been tireless in “getting the message out there for people so hungry for classical civilization and the humanities.”

“This is a model of how a group of humanists can make a difference.”

Leonard Muellner, director of information technology and publications at the Center for Hellenic Studies, who had taken part in focus groups as the digital Loeb evolved, expressed a wish, as did Martin and Nagy, for “low barriers to access” to the digital Loeb. “There are a lot of smaller classics departments that would benefit in a big way,” he said, echoing Martin’s hope that high schools, public libraries, community colleges, and other non-Ivy institutions gain access.

In fact, while the digital Loeb will be available by subscription, secondary schools will benefit from a substantial discount, according to Harvard University Press, and all nonprofit institutions can avail themselves of a free trial. Subscription rates start at $1,150 for a year for institutions, depending on their size, and the cost for perpetual access begins at $5,750 with an associated annual fee, waived in the first year. Individuals will pay $195 the first year, less in further consecutive years.

Henderson emphasized that the libraries will be identical, updated in tandem so that “digital and print will always be in sync.”

“From my end,’’ he continued, “the big challenge is to revise and replace volumes more efficiently.” He and his staff have ranked some 90 volumes with a view toward possible refinement or replacement, and are also seeking to harness some 300 disparate style sheets as well as develop an editorial guide. Fonts have also been part of the revision process; a new “Unicode” was developed, based on the existing proprietary font, scaled to read perfectly on any screen.

Referring to Harvard University Press and the future of such monumental projects, Henderson said that the digital LCL “is by far the most complex thing they publish.’’

“The Loeb has uncovered a lot. If they can do this, the rest won’t be hard.”