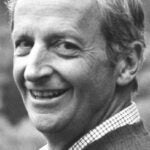 Harvard Professor Nicolau Sevcenko, an international expert on Brazilian cultural history, died on Aug. 13 at his home in São Paulo. He was 61.

“Nicolau was a great scholar and teacher, an extraordinary colleague, and a gentle and kind person. Our department will miss him dearly,” wrote Francesco Erspamer, interim chair of the Department of Romance Languages and Literatures.

Sevcenko was of Ukrainian descent but was born and raised in Brazil, a child of Soviet emigrés. After receiving his doctorate from the University of São Paulo (USP), he quickly became a public intellectual figure; he published books and wrote extensively for newspapers and magazines, and his opinion was frequently sought on a variety of issues in Brazil.

While having a long career teaching at USP, Sevcenko first came to Harvard — which he called “the intellectual crossroads of the world” — as a visiting professor in 2004-05. He joined the department as a full-time professor in 2009.

Sevcenko was often recognized on the streets of Brazil and asked to comment on issues of public debate. He admitted in a 2010 interview with the Harvard Gazette that he was enjoying his newfound anonymity in Cambridge, which allowed him to walk unimpeded all over the city.

“Faculty members, staff members, and students in the Department of Romance Languages and Literatures are deeply saddened. We still cannot believe that our dear colleague Nicolau Sevcenko will not be with us next term. We have been privileged to have him among us. We wish it could have been longer,” said Virginie Greene, professor of Romance languages and literatures and chair of the department during most of Sevcenko’s tenure with Harvard.

Members of the Department of Romance Languages and Literatures contributed to this obituary.