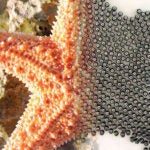 Study finds 6-year-olds biased toward their social group on fairness issues, but more impartial by age 8

Just about every parent is familiar with the signs: the crying, the stomping feet and pouting lips, followed by the collapse to the floor and the wailed protest that “It’s not fair!”

While most people see such tantrums merely as part of growing up, a new study conducted by Harvard scientists suggests that even at a relatively young age, children have advanced ideas about fairness, and are willing to pay a personal price to intervene in what they believe are unfair situations, even when they have not been disadvantaged personally. And their reactions to unfairness are influenced by in-group favoritism.

The study showed that, when reacting to unfair behavior, children as young as 6 were biased toward members of their own social group. By age 8, however, children were more likely to intervene to stop any selfish behavior, whether or not the victim was a member of their group. The study is described in a paper published this week in the Proceedings of the National Academy of Sciences.

“People have looked at this phenomenon extensively in adults, but this is the first time we’ve been able to investigate it in children,” said Warneken. “The idea that children would care about inequity happening between individuals who aren’t there, that in itself is somewhat surprising. They care about justice or fairness and are willing to intervene against selfish actions, and are even willing to pay a cost to do that.”

To demonstrate that, Jordan, McAuliffe, and Warneken recruited 64 children — 32 from each age group — to play a child-friendly version of the economic games used in other studies.

The first step in the study was to establish a group identity for each child, using the long-established “minimal group paradigm” in which researchers assigned each child to a team identified by the colors blue and yellow, rather than using pre-existing groups like race or hair color that children were already aware of.

Each child then took part in a series of activities designed to reinforce membership in particular groups. Members of the blue group, for example, wore blue party hats, and were asked to draw pictures using only the color blue.

After testing to ensure the children showed preferences for their own group, each was presented with an apparatus showing how children — represented only by paper bags marked with faces and hats showing which color team they were on — had divided up six Skittles candies the day before. Children were then asked to be a third-party judge of whether the split was fair.

If the child approved of the division, the participants were told, the other children would receive the candy. If not, children in the study had to sacrifice one of their own candy pieces, and the candy belonging to other two players would be thrown away.

Interestingly, Jordan said, while the results showed that both age groups showed a willingness to intervene against behavior they saw as unfair, they became far more sensitive to selfish actions as they got older.

While 8-year-olds showed the same leniency when selfish behavior came from a member of their own group, Jordan and colleagues were surprised to find that they were equally willing to punish selfish behavior that harmed members of either group.

Going forward, McAuliffe and Warneken are working on studies aimed at exploring whether the same trends hold true cross-culturally, by working with researchers conducting similar studies in Uganda and Vanuatu.

“It’s a very interesting and important question: the extent to which this is specific to our society,” McAuliffe said. “This study shows children aren’t just going to watch and let unfairness happen. They’re going to put their money where their mouth is, in a sense. When you think of these fairness norms, are they specific to Western culture, or are they more general norms that children learn around the world?”