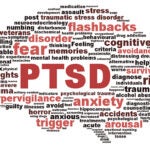 Speedy analysis reveals mutations, insights into outbreak, along with clues to origin, spread

Responding rapidly to the deadly outbreak of Ebola virus disease (EVD) in West Africa, a team of researchers from the Broad Institute and Harvard University, working with the Sierra Leone Ministry of Health and Sanitation and researchers elsewhere, has sequenced and analyzed many Ebola virus genomes. Their findings could have important implications for rapid field diagnostic tests.

The researchers hope their results will speed up scientific understanding of the epidemic and assist global efforts to contain it.

The researchers sequenced 99 Ebola virus genomes collected from 78 Ebola patients in Sierra Leone during the first 24 days of the outbreak. (Some patients contributed samples more than once, allowing researchers a clearer view into how the virus can change in a single individual over the course of infection.) The team found more than 300 genetic changes that make the 2014 Ebola virus genomes distinct from the viral genomes tied to previous outbreaks. They also found sequence variations indicating that the present outbreak started from a single introduction into humans, subsequently spreading from person to person over many months.

The variations they identified were frequently in parts of the genome that encode proteins. Some of the variation detected may affect the primers, or starting points for DNA synthesis, used in polymerase chain reaction (PCR)-based diagnostic tests, emphasizing the importance of genomic surveillance and the need for vigilance. The researchers reported their results online today in the journal Science.

To accelerate response efforts, the research team released the full-length sequences on the National Center for Biotechnology Information’s DNA sequence database in advance of publication, making the data available to the global scientific community.

“By making the data immediately available to the community, we hope to accelerate response efforts,” said co-senior author Pardis Sabeti, a senior associate member at the Broad Institute and an associate professor at Harvard University. “Upon releasing our first batch of Ebola sequences in June, some of the world’s leading epidemic specialists contacted us, and many of them are now also actively working on the data. We were honored and encouraged. A spirit of international and multidisciplinary collaboration is needed to quickly shed light on the ongoing outbreak.”

The 2014 Zaire Ebola virus outbreak is unprecedented both in its size and in its emergence in populated areas. Previous outbreaks had been localized mostly to sparsely populated regions of Middle Africa, with the largest outbreak reporting 318 cases in 1976. The present outbreak has manifested in more densely populated West Africa. Since it was first reported in Guinea in March, 2,127 cases have been reported, with 1,145 deaths, as of the end of last month.

Augustine Goba, director of the Lassa Laboratory at the Kenema Government Hospital in Sierra Leone and a co-first author of the paper, identified the first EVD case in Sierra Leone using PCR-based diagnostics.

“We established surveillance for Ebola well ahead of the disease’s spread into Sierra Leone and began retrospective screening for the disease on samples as far back as January of this year,” said Goba. “This was possible because of our longstanding work to diagnose and study another deadly disease, Lassa fever. We could thus identify cases and trace the Ebola virus spread as soon as it entered our country.”

The research team increased the amount of genomic data available on the Ebola virus fourfold, and used the “deep sequencing” technique, in which sequencing is repeated often enough to generate high confidence in the results, on all available samples. The researchers sequenced at a depth of 2,000 times on average for each Ebola genome to get an extremely close-up view. This allowed them to detect multiple mutations that alter protein sequences — potential targets for future diagnostics, vaccines, and therapies.

The Ebola strains responsible for the current outbreak likely have a common ancestor, dating back to the first recorded outbreak in 1976. The researchers also traced the transmission path and evolutionary relationships of the samples, revealing that the lineage responsible for the current outbreak diverged from the Middle African version of the virus in the last decade and was spread from Guinea to Sierra Leone by 12 people who had attended the same funeral.

The team’s catalog of 395 mutations (more than 340 that distinguish the current outbreak from previous ones, and more than 50 in the West African outbreak) may serve as a starting point for other research groups.

“We’ve uncovered more than 300 genetic clues about what sets this outbreak apart from previous outbreaks,” said Stephen Gire, a research scientist in the Sabeti lab at the Broad Institute and Harvard. “Although we don’t know whether these differences are related to the severity of the current outbreak, by sharing these data with the research community, we hope to speed up our understanding of this epidemic and support global efforts to contain it.”

“There is an extraordinary battle still ahead, and we have lost many friends and colleagues already, like our good friend and colleague Dr. Humarr Khan, a co-senior author here,” said Sabeti. “Providing this data to the research community immediately and demonstrating that transparency and partnership is one way we hope to honor Humarr’s legacy. We are all in this fight together.”