A new view of gentrification 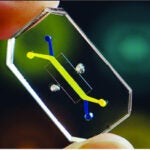 For researchers studying urban issues such as gentrification, one of the largest challenges is collecting detailed visual evidence across hundreds of square miles of city streets.

Just ask Robert Sampson, the Henry Ford II Professor of the Social Sciences. In the mid-1990s his research team carried off an effort to videotape more than 23,000 street segments in Chicago. The project was so intensive, he thought it would never be repeated.

As it turns out, there’s now an app for that.

Rather than travel to Chicago for an exhaustive study of gentrification in certain neighborhoods, Sampson and doctoral student Jackelyn Hwang used Google Street View to scour thousands of streets for signs of gentrification. Their findings were stark. After controlling for a host of other factors, they found that neighborhoods an earlier study had identified as showing early signs of gentrification continued the process only if they were at least 35 percent white. In neighborhoods that were 40 percent or more black, the process slowed or stopped altogether. Their study is described in an August paper in the American Sociological Review.

“This is really a sobering finding,” Hwang, the paper’s lead author, said. “Even in neighborhoods that are showing change, even when we control for things like crime, perception of disorder, and proximity to amenities, race still matters.”

Sampson said the key finding “is that the predominantly black, seriously discriminated-against neighborhoods in Chicago and many other American cities aren’t reaping the same benefits from the transformation of cities. In one sense, this is a paradoxical result, because there is evidence that diversity and mixed neighborhoods are the ground floor of gentrification, but this paper shows there are sharp limits to that.”

Though gentrification is most often associated with the phenomenon of white, middle- or upper-class residents moving into once-disenfranchised neighborhoods, Hwang and Sampson expanded their investigation to include investments from the public and business sectors.

“Reinvestment can come from the people that live there, but it can also come from businesses, or developers, or policy-makers,” Hwang said. “An influx of middle- and upper-class residents is part of gentrification, but those other investments are equally important and drive the influx of these residents further.”

The paper makes clear that not all neighborhoods change equally, Hwang said.

“There’s a limit to where the change is happening, and that’s why we have persistently poor neighborhoods. If we think of neighborhoods as having a social hierarchy, the ones at the top stay at the top, while the ones at the bottom typically stay there. The ones in the middle can go in either direction, but it depends on their racial and ethnic makeup.”

The new research builds on a 1995 study that examined gentrification trends in nearly two dozen cities across the country, including nearly half of the census tracts in Chicago. The earlier study categorized census tracts according to how gentrified they were based on how much visible reinvestment they were seeing.

To examine whether those trends had continued, Hwang and Sampson targeted areas that had earlier been identified as gentrified and adjacent census tracts, and began using Google Street View to examine them in painstaking detail.

“The idea was to bring the transformative changes that are happening in technology to bear on research, and I think Google Street View will be a powerful tool going forward,” Sampson said.

The researchers used Google Street View to digitally tour hundreds of Chicago streets while gathering data — from evidence of new construction or renovations to existing homes to whether there were signs of neighborhood disorder, such as graffiti or litter. They also looked for public improvements, such as new signs and crosswalks, and efforts to beautify the neighborhood

Each side of each street received a score that reflected its level of gentrification. Across the various streets included in the study, those scores were then aggregated, giving each census tract a score.

“I wouldn’t want this to be interpreted as saying neighborhoods need whites,” Sampson said. “It’s saying that we have a particular history in cities in the United States, and the analysis has to be interpreted within the structure of that history. So rather than saying you need whites, I think what is needed ― and this has always been the case ― is some concerted effort to rethink urban policy.

“During the period of the collapse of cities in the ’60s, ’70s, and ’80s, a great deal of that had to do with policies of disinvestment in poor neighborhoods,” Sampson added. “Today, we need policies and government to play a greater role in the stabilization of neighborhoods, and to protect against cities simply becoming playgrounds of the rich and famous.”

As neighborhoods enjoy the benefits of early-stage gentrification ― higher property values, greater diversity, greater public and business investment ― a big challenge remains in protecting long-time residents from being forced out.

“I think what would have to happen is meaningful reinvestment that also maintains a certain level of affordable housing in order to prevent displacement and that preserves both racial and income diversity,” Hwang said.